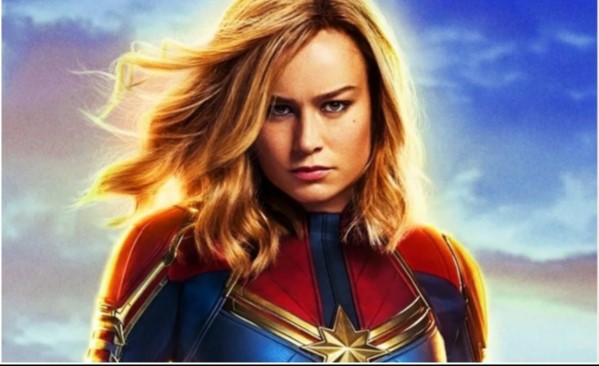 The return of Captain Marvel to the big screen through the film “The Marvels” is still far from being a feasible reality because the film is still in the middle of its production. However, actress Brie Larson has been in charge of keeping the emotion of the fans alive through her social networks.

Today, Larson took to his personal Twitter account to present a photo of a new piece of jewelry related to his new film in the Marvel Studios franchise, featuring the three logos used by the heroines in this film (Captain Marvel, Ms Marvel and Photon).

“The Marvels” will present a unique moment in the development of the MCU by presenting itself as a direct sequel to the 2019 film “Captain Marvel”, although it will also be a continuation of some events of “WandaVision” and “Ms. Marvel ”, a series that will soon reach the Disney + catalog.

Its three main characters share a strong common bond in the pages of Marvel Comics, as well as presenting the perfect opportunity for the MCU to explore the complicated relationship between Danvers and Monica Rambeau, a character played by Teyonah Parris. This without forgetting the way in which the new Disney + series will play an important role in the development of the franchise.

“The Marvels” has Nia DaCosta as director and main screenwriter, who in a previous talk with Inverse pointed out the way in which she sought to provide a balance between her protagonists in this approximately two-hour film and how each one has already been ( or will be) introduced prior to the premiere of the film.

“Much of what we have thought about what is part of the trip, do we need to see it in each of them? How to honor the part of history that they are in canon terms, while also within history where we make them the same? ”Said DaCosta. “The Marvels” has a release date scheduled for February 12, 2023.