Home Entertainment Bridge Constructor: The Walking Dead, among the free games on the Epic... 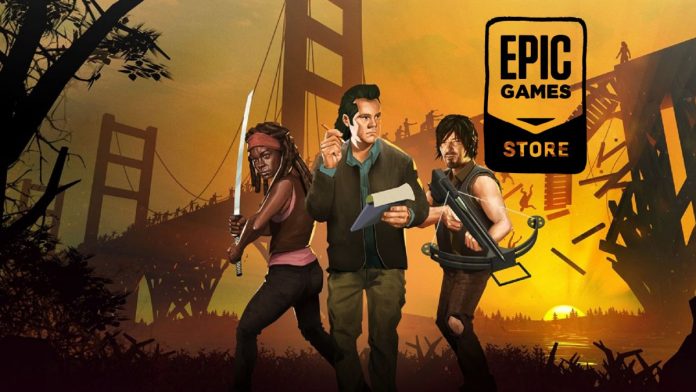 Bridge Constructor: Players will also be able to enjoy Ironcast, both available until next Thursday, July 15. Build bridges to go further. The Bridge Constructor concept responds, in part, to this need, but adds an extra particularity: obstacles. The truth is that the saga has had numerous variants and crossovers, among which is Portal. He has also had a collaboration with the best-known contemporary zombie series, The Walking Dead. This is precisely one of the free games from Epic Games Store this week with Ironcast. Both can be downloaded until Thursday, July 15, when they will be replaced by Obduction and Offworld: Trading Company.

As is usual, the redeemable titles are kept in the library permanently, so that all users of the platform have the opportunity to expand their digital catalog every week. In Bridge Constructor: The Walking Dead, we will have to join a group of survivors who fight against the horde of zombies that devastate this post-apocalyptic United States. We will meet such iconic characters as Daryl, Michonne or Eugene, with whom we will create safe paths and defeat the creatures that stand in our way.

Ironcast, meanwhile, is based on Victorian science fiction writers such as H. G. Wells and Jules Verne. It portrays an alternate history in which “refined men and women, in top hats and bonnets, control gigantic war machines, and smash the enemies of the British Empire.” Players will climb into a massive vehicle called the Ironcast to defend victorious England from enemies in an all-out war.

If you don’t have one, you can sign up for free here.

Once you have access, enter the link above in this news and redeem your copy of The Spectrum Retreat.

If you don’t have the PC client, download it at this link.

You will now have access to your library of games.