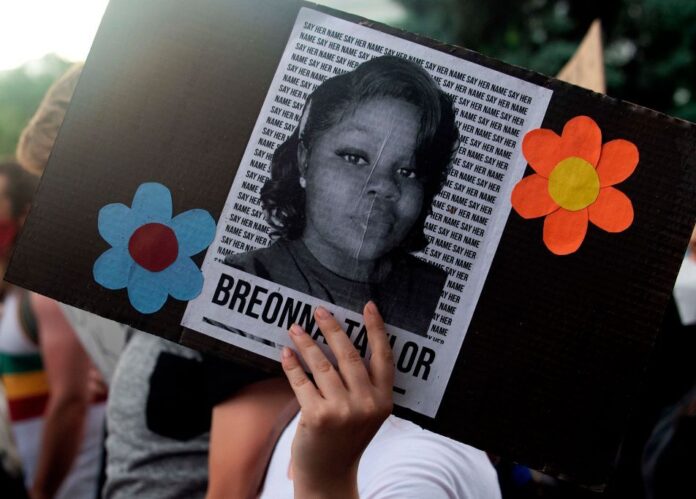 Breonna Taylor: The mother fights for justice on her daughter’s birthday.

So many Americans appreciate the essential worker who would have turned 27 today, Tamika Palmer speaks out and hopes that all those responsible for her daughter’s death will be held accountable.

“We can only cope with that. Of course, it’s hard to celebrate her birthday with her when she’s not here. [It’s] just very difficult, ”she said on Friday morning on MSNBC. “I want these officials to be arrested. I don’t think they should still be on the payroll. That is justice for Breonna. She is not here. It is still not being paid. She can’t go to work every day. ”

NBC News reports that the FBI has announced that it is investigating the death of Breonna, who was killed by police in a raid at her home in Louisville, Kentucky.

According to a lawsuit from Breonna’s family received from NBC News, her friend Kenneth Walker believed that someone broke into his house and allegedly fired his gun to defend his household. In return, the police fired shots. Kenneth was arrested and charged with attempting to murder a police officer. His charge was finally dropped.

Breonna’s family was supported by many Hollywood personalities, including Gabrielle Union, Kanye West and John Legend, who wrote a required justice.

And while protests around the world for George Floyd Tamika and the Black Lives Matter movement hope to tell more about their daughter.

“She was a great daughter, a great niece, a friend, a cousin. This has affected a number of people. My family, their friends, their employees, we are all affected, ”she said. “Everyone who came into contact with her loved her. She just had – she had that kind of spirit and she cared for everyone and wanted to help and care for everyone. ”

You can find more ways to take action and get involved on the NAACP, Black Lives Matter or Color of Change websites.