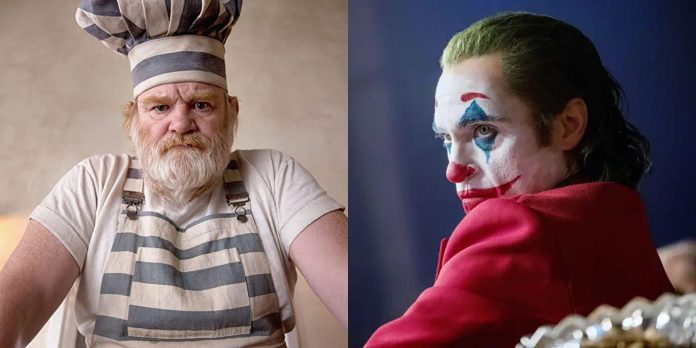 Brendan Gleeson is a recognized and experienced actor, and now he will bring his talent to the Warner Bros. film. and Todd Phillips’ “Joker: Folie à Deux” with Oscar winners Joaquin Phoenix and Lady Gaga.

Deadline has released the news that Gleeson will be joining Joker 2, but there are currently no details on who the respected actor will play when he joins Phoenix and Gaga in the highly anticipated DC sequel. It is reported that Warner Bros. does not comment on Gleason’s casting.

In addition to Phoenix and Gaga, Gleeson will join returning “Joker” star Zazie Beetz, who will once again play the role of Sophie Dumond, Arthur Fleck’s neighbor, with whom he develops an imaginary relationship before completely plunging into madness. The details of the plot of “Joker 2” are kept secret, but insiders say that there are musical elements in the film. It is reported that the story will also take place in the Arkham Asylum, where Arthur Fleck was last seen in the first Joker movie. Production of “Joker 2” is scheduled to begin in December 2023, when Phillips will return to the director’s chair in addition to co-writing the script with Scott Silver, who also co-wrote the first film.

As with Gleason’s role, the identity of Gaga’s character in “Joker 2” remains a mystery. However, fans suspect that she may be playing Harley Quinn, which will add credibility to reports about the Arkham Asylum set. After all, most depictions of the Joker and Harley Quinn’s relationship begin with the two meeting in Arkham when the latter is working as a trainee psychiatrist, which leads to them falling in love with each other and starting a confusing romance that prompts Quinn to snatch the Clown Prince of the underworld. the shelter.

The first Joker was met with the approval of some and criticism of others. While some moviegoers praised “The Joker” as a unique and more mature comic book film, others condemned it for a poor imitation of Martin Scorsese’s best films, such as “Taxi Driver” and “The King of Comedy.” Nevertheless, the Joker grossed more than $1 billion at the box office and won an Oscar for playing Phoenix and music by Hildur Gudnadottir.

It remains to be seen whether “Joker 2”, which is a musical, will be able to defeat the skeptics. Still, the addition of an award-winning performer like Gleeson may be enough to draw fans of his work to theaters to see what he brings to the DC sequel.