Home Entertainment Brenaissance continues with the first look at Brendan Fraser in the A24... 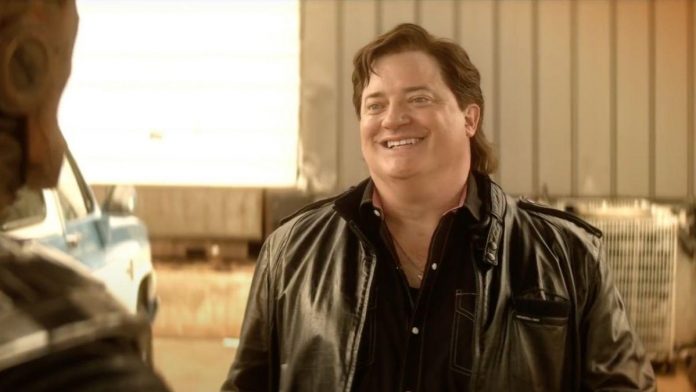 The Brenaissance train is moving forward at full steam as Hollywood once again fully accepts Brendan Fraser and hands him role after role after his long acting break. One of the roles Fraser played was a 600-pound man named Charlie in Darren Aronofsky’s psychological drama The Whale. So far, little has been shown of the A24 drama film. As the Renaissance continues, moviegoers will see Fraser for the first time in a film that will undoubtedly be emotional.

A24 used its official Instagram account to show its work at this year’s Venice Film Festival. Such stars as Tilda Swinton from “The Eternal Daughter” and Mia Goth from “Pearl” took a prominent place. However, the eyes of many fans were probably riveted on Brendan Fraser, who looked almost unrecognizable at the first glance at the “Whale”.

The star has definitely made an effort, from a physical point of view, for this role, and you have to appreciate his dedication. In the film, he plays a morbidly obese man who is trying to reunite with his daughter after leaving his family for his beloved many years ago. Thus, the physical form of the character is the result of the pain and guilt associated with the whole ordeal. This is also compounded by the recent death of his beloved. One would think that such a character would be a challenge for Mummy graduates.

The photo conveys a great emotional load carried by the character of Brendan Fraser, because you can see it even just by the expression on his face. The simple appearance of the actor here gives the impression that the audience will see him from a new side when the drama finally comes. And who knows, maybe this movie will bring an Oscar to a Hollywood veteran.

“The Whale” is just one of many films that the star will release next year. Along with the drama A24, he will play the main role in “Batgirl”, in which he will play the villainess Firefly. The superhero movie is due to appear on HBO Max, although a release date has not yet been announced. The year 2023 looks just as grandiose for the 53-year-old actor, as he got a role in the upcoming comedy “Brothers” directed by Ethan Cohen with Josh Brolin. Fraser also joined Martin Scorsese’s latest film, The Killers of the Flower Moon, starring Leonardo DiCaprio and Robert De Niro. Fans of Renaissance may have something to expect, as there has even been talk of creating a sequel to Encino Man.

Although the release of the film “The Whale” has not yet been announced, the official premiere of the film will take place at the 79th Venice Film Festival in September this year. Brendan Fraser believed that his return was the right decision, and it seems that it has more than paid off. You can follow Fraser’s latest productions on the big screen and more by checking the schedule of upcoming CinemaBlend films.

Resident Evil 8 Village Was Balanced Because RE7 Was “Too Scary”