Home Tech The breathtaking performance of the 1239 horsepower Toyota Supra on the highway... 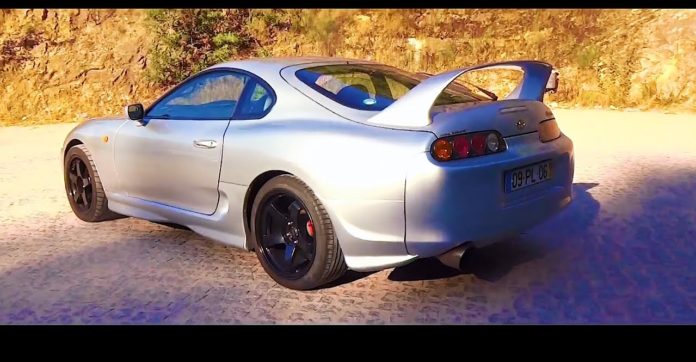 A YouTube channel called AutoTopNL brought a modified 1.239 hp Toyota Supra to a small workout on the highway. The car reveals an unexpected performance with its powered engine.

Power was always at the forefront of supercars, but advances in technology made it easier and safer to increase horsepower. Automakers are now beginning to keep up with four-digit horsepower. On the other hand, the modifiers also started making incredible improvements under the hood.

The final point that the modifier could reach was the Toyota Supra, which produces 1,239 horsepower (923 kW). The YouTube channel AutoTopNL pushed the limits of Toyota Supra in Germany. Using a huge turbo, the car produces 1,120 Nm of torque. The car reaches a speed of 220 km / h in a very short time by exceeding the speed indicator in the tests carried out on the highway.

The driver does not go 300 km / h and above in the video, but it seems to have reached around 280-290 km / h. Considering that the stock supra can reach 256 km / h, it can be said that there is a noticeable increase in speed limit. Still, the driver’s attempt to control the steering shows that strong traction may not have been optimized well enough outside of the engine.

The driver acts cautiously while accelerating with the Toyota Supra and does not really show what the car can do. Although the modified Supra may seem very powerful, we can only say that it is a small training on the highway.

New rumors about iMac and Mac Pro with Apple Silicon