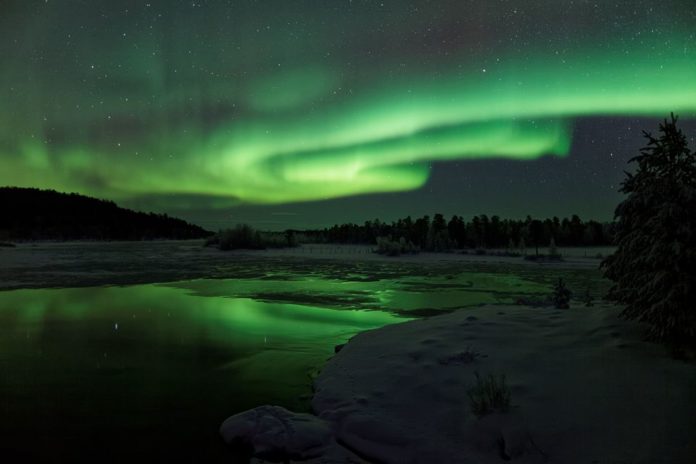 The season of northern lights (Aurora Borealis), which adorns the dreams of many, especially travelers, has already opened. New photographs, which are said to be the best of the period, have emerged for the wonderful nature show that can be seen between December and March every year. Photographs taken by a photographer in the Lapland region attracted a lot of attention.

Northern lights, one of the most artistic shows of our world, have been exposed to people’s close attention for years. This natural show, which can be seen at certain times of the year but cannot be predicted, was seen on Tuesday, February 18 as lights dancing on the sky in the polar town of Finland, Kilpisjarvi. Let’s add that the town is located in the Lapland region of Finland, near the border with Norway and Sweden, and within the Arctic circle.

The show was recorded to color the sky with green, pink and white lights that form rapidly changing patterns. Images of the light show were captured from Rovaniemi, 420 km south of Kilpisjarvi, by a curious photographer who said that the northern lights were ‘really special’ on Tuesday night. Even if you can’t go to Lapland to see the northern lights personally, these stunning images come, we think, you will like it quite a bit. Let us remind you that this time of year is considered as one of the best times to see the northern lights, also known as Aurora Borealis, due to the increased solar wind activity taking place at the Arctic.

What are the northern lights?
Northern lights, also known as Aurora Borealis, appear when solar particles collide with atmospheric gases. This produces a neon light show that can last for minutes or even days each time.

The best time to see the northern lights is known as cold and dark nights with clear skies. In some parts of the world, there are light scenes throughout the year, but these are; It can be seen more clearly in winter, when the nights are longer, colder and clearer.

NASA website shows photos taken from space on its birthday