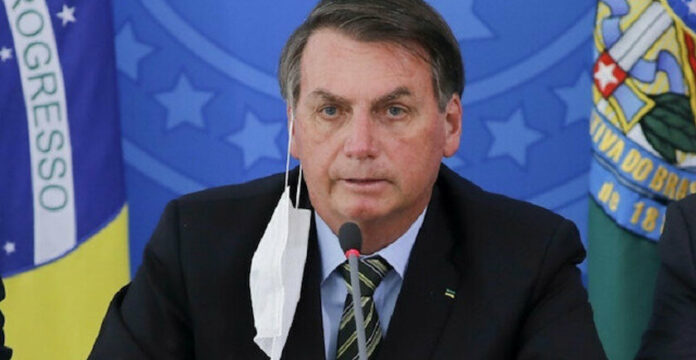 In Brazil, the country with the highest number of coronavirus cases after the USA, the Ministry of Health closed a website where the coronavirus data was disclosed, instead of opening a new website that only discloses daily data. Scientists and medical associations in the country say that the data on the new site are censored, the data announced are inconsistent.

Since the onset of the coronavirus epidemic, many governments have faced a conspiracy theory of not disclosing accurate data. In some countries, the data released by universities and public health institutions can be used to validate the data of governments, while in most countries this facility has been deprived.

The Brazilian government and Brazilian President Jair Bolsonaro had been the focus of criticism since the outbreak began in the country. Ignoring the outbreak, Bolsonaro held nationwide protests to counter measures to take.

In Brazil, however, the situation has reached far beyond Bolsonaro’s predictions. According to the data of Johns Hopkins University, there are currently 707,412 coronavirus cases in Brazil and 37,134 people died in the country due to coronavirus.

While Brazil is the second country with the highest number of coronavirus cases worldwide after the USA, it is the third country after the USA and the UK in terms of the number of people who died due to the virus.

While the number of coronavirus cases and the number of people who lost their lives continue to increase in Brazil, the Brazilian Ministry of Health released the website, where data was released during the epidemic last Friday.

A new website with less data was launched at the weekend to replace the website that was closed. Instead of all coronavirus data, only the 24-hour case, death and recovery figures are available on the Brazilian Ministry of Health’s new website.

“The accumulated data did not reflect the moment in the country,” said President Bolsonaro, who made a statement on the Ministry of Health’s website about the coronavirus data and the change in the data disclosure model.

The amendment criticized by many institutions in Brazil

The change made by the Brazilian Ministry of Health in the description of coronavirus data was bombarded by scientists, medical associations, journalists and congressmen.

Institutions and individuals who criticize the government argue that the government is attempting to control and guide information. Also, many say that new data is not added to the new website and there is an inconsistency in the data.

“The manipulation of statistics is the maneuver of totalitarian regimes,” said Supreme Court judge Gilmar Mendes, who made a statement on the situation in the country via Twitter. The trick will not exempt anyone from the responsibility of the final genocide. ”

Alberto Beltrame, President of the National Council of Health Secretaries (CONASS), made a statement on the subject and said, “This authoritarian, insensitive, humanitarian and unethical initiative that attempts to make those who lost their lives because of COVID-19 cannot be successful. This situation bothers doctors and all health professionals who are dedicated to saving lives without getting tired. ”

Bolsonaro threatened to leave WHO by enlightening Trump

Bolsonaro, who continued to press for the removal of measures, also announced yesterday that Brazil could leave the World Health Organization (WHO), as Trump did for the United States.

Robert Kiyosaki: I Get More Bitcoins As Price Drops