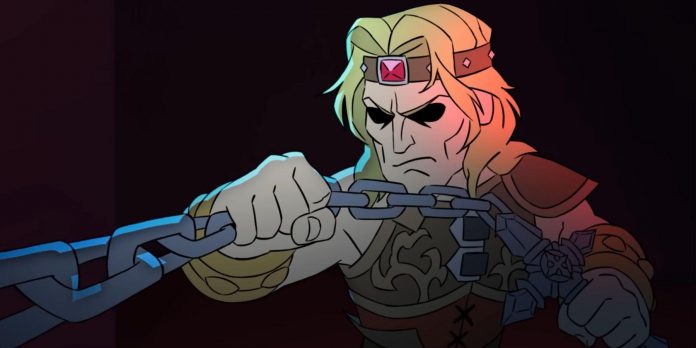 Another crossover has been announced for the free-to-play fighting game Brawlhalla, this time with the iconic Konami Castlevania franchise. This game has repeatedly collaborated not only with video games, but also with other media. As a result, the Brawlhalla list contains more than 50 different characters with incredibly diverse sets of movements, which even led to the creation of a special competitive fan base.

In the years since its release, Brawlhalla has undergone a number of wild crossovers with additions such as G.I. from Hasbro. Joe’s toy line, Capcom’s Street Fighter franchise, and Ezio from Assassin’s Creed were added to Brawlhalla earlier this year. This Castlevania add-on was presented earlier at Ubisoft Forward 2022, where fans found out which characters are represented, as well as the release date of October 19.

This trailer uses an anime art style where it shows a pair of silhouettes fighting with animations that are references to the original game, one of which is Brawlhalla’s resident vampire, Wolves. Shortly after, the trailer shows that Simon Belmont has become the first of Castlevania’s guest characters to be played for. He then proceeds to demonstrate the gameplay, where Simon’s set of techniques in Brawlhalla uses a number of items from his home game, including his whip, axe, and even a holy water projectile. He can summon a boat to transport him across the stage, which is also a reference to Castlevania 2: Simon’s Quest for the NES.

While Volkov is looking at a member of the Belmont clan, he is interrupted by the appearance of Dracula’s son, the infamous Alucard. This iteration of Alucard is borrowed from games in which he played a major role, such as Symphony of the Night. This reflects his gameplay, where he can use his sword as a melee weapon while firing a variety of soul firearms. This includes a flaming skull that can be followed as he leaps towards his enemies using his vampire powers. The trailer ends with a shot in which Volkov and Alucard are about to collide, and then it is reported that they will be added to the game in October of this year.

This is an appropriate date for the release of these characters, since October is the month of Halloween and all creepy events. The name of Brawlhalla is even briefly changed to Brawlhalla-vania, beating the appearance of these Castlevania characters. Fans were quick to express their admiration for these additions to the game, many also praised the smooth animation of the trailer and how it showcased these iconic characters.

Brawlhalla can be played for free on mobile devices, PC, PS4, PS5, Switch, Xbox One and Xbox Series X/S.

Outlander Season 6: Exclusively the hot new preview of the next...