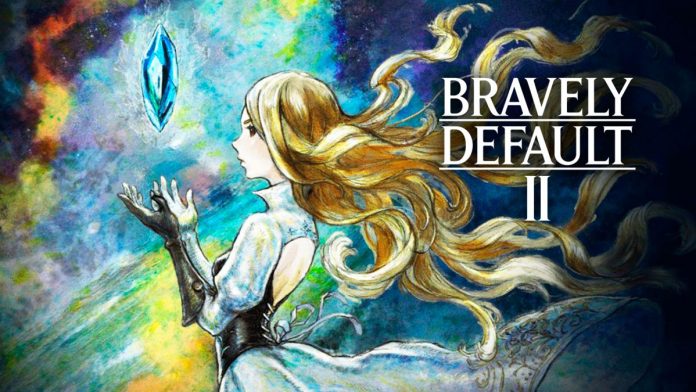 We tell you our impressions after having played the first two chapters of Bravely Default II, the next big release on the Nintendo console

In 2013, fans of Japanese role-playing games came across a pleasant surprise from Claytechworks, Bravely Default. Critically acclaimed and with an 85 in metaescore, the use of synergies between jobs and the depth that gave the fight the bravely mode and the default that give it its name were especially highlighted. Eight years later, the third installment of the saga arrives on Nintendo Switch, taking into account that Bravely Second: End Layer is a direct sequel to the first title. After several hours into the story that Bravely Default II presents, we bring you our first impressions of the long-awaited JRPG.

The chosen one without a name

They say that all good stories begin in a tavern, especially if that tavern is frequented by bards, drunks, characters that seem straight out of a Discworld novel, and the odd hero. Bravely Default II begins on a beach after a catastrophic shipwreck, but its protagonist soon reunites with a diverse group in a tavern to assume the role of hero. This starter is likely to be familiar to fans of the JRPG genre, and the similarity it shares with other titles is not in vain. Like the first installment in the series, the new SquareEnix title is an ode to its predecessors from the 16-bit era. Its story is archetypal, and from what we have been able to see throughout its first two chapters, it remains without surprises within the narrative structure of classic Japanese role-playing games.

All the natural disasters that are occurring in nearby lands have their origin in the theft of elemental crystals that, conveniently, one of our companions has the mission of collecting. We will not go into more details about the story to avoid spoiling, but we anticipate that the story progresses in such a traditional way that it is predictable. The rhythm is set by chapters, each of them in a different location, with several dungeons and intermediate bosses before finding the true cause of the chaos in each area. Of course, in between we will have many hours of farming and side missions in which we will take on the part-time job of messenger.

But on the other hand this familiarity is warm. It’s a similar feeling to people who are fond of Western movies: most have a virtually identical structure, and that is precisely why they like them. These moviegoers have the story they are looking to expropriate to see, and players looking for a classic JRPG experience will find it within hours of Bravely Default II. While it is true that there are unexpected script twists, characters whose masks fall at key moments and it is interesting to advance through the story to learn about the past of our fellow travelers, all this is framed within a canonical and chapter structure typical of the genre. As we progress through certain points in the story, we will be able to access different conversations that will make us smile or give us clues about the personality of our groupmates, a change of pace that is appreciated between combat and combat.

At this point we want to highlight the localization work, one of the strengths of the translation of the title. With the texts completely in Castilian, the language is adapted to each character to highlight the personality and origin of it. For example, one of our main colleagues speaks with totally Argentine expressions, just like his acquaintances from his own city. All of this is complemented by two voice-overs for main and cinematic conversations, in both English and Japanese. In addition, we can change the language of the voices at any time during the game.