Home Entertainment Brandon Sanderson (Born Of The Mist) Has Worked On A Video Game... 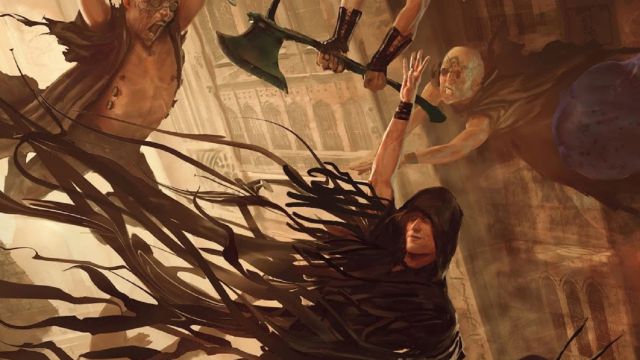 Brandon Sanderson, the popular writer behind hits like Born of the Mist, confirms that he has worked on a video game that will be announced in 2022. Brandon Sanderson, author of such well-known literary works as Born of the Mist, has confirmed that among his next projects is a video game. A job that has taken him “several years” together with a study “that many of you have heard.” It will be announced sometime in 2022.

A promising 2022 for Sanderson

“I’ve been working on a video game for several years, and I suspect it will be announced this year [2022]. Let the speculation begin! ”He reveals in an entry on his official website. “Note: it is not about one of my properties, but something new that I have built with them. It’s a video game company that many of you have heard of, but it’s probably not the one you’re thinking of. Not that one either, ”he concludes.

No further details have emerged, so we have to wait to see what happens next year. Sanderson has also shared the status of his projects in film and television. He reveals that certain things “are slowly moving behind the scenes.” “I would not say that it is very far,” underlines the writer, who attributes the pandemic as the main reason why the conception of it has slowed down.

Other successful writers join the game

He is not the only author who has decided to make the leap into the video game industry. The most recent and prominent example is R.R. Martin. The Game of Thrones author worked with From Software to build the Elden Ring mythology and universe. “The offer was too exciting to refuse. Miyazaki and his team at FromSoftware were doing something amazing with wonderful art. What they wanted from me was for me to do a bit of world-building: a deep, dark, reverberating universe that would serve the game they planned to create, ”he said.

In the case of Elden Ring, we won’t have to wait long to play it. Its launch is scheduled for February 25 on PS5, PS4, Xbox Series X | S, Xbox One and PC.