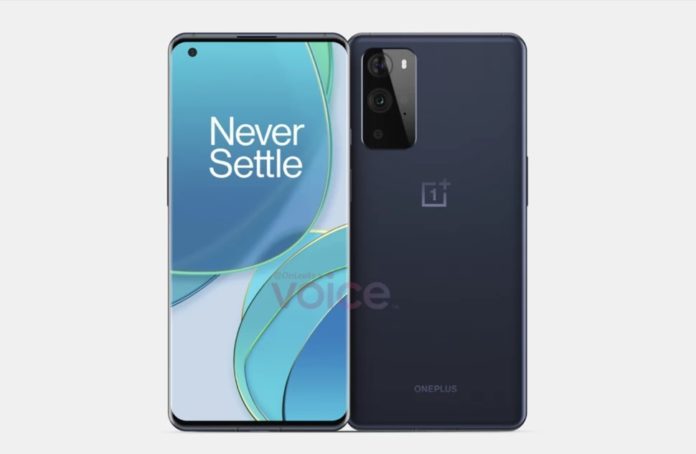 As the launch date of the next OnePlus flagship phone series approaches, new clues are coming from the expected leak sources every day. Thanks to leaks like Steve Hemmerstoffer, also known as @OnLeaks, a wealth of information is gathered about the next generation flagship Android phones. OnePlus 9 Pro is also among these phones.

On the site called Voice, Hemmerstoffer has posted images that provide a special first look at the OnePlus 9 Pro. However, the design in the draft photos he shared shows that the phone is still in the prototyping stage. Some minor details, including the rear camera layout, may not reflect the final design. As far as we can tell, the OnePlus 9 Pro is similar to those that came before it, including OnePlus 8T and OnePlus 8 Pro.

For example, the large rectangular design of the rear camera is reminiscent of the OnePlus 8T and Nord Series. There are up to four camera lenses on the back. Two of the lenses are housed in metal rings protruding from the main camera bump. In addition to the smaller camera lenses, flash, microphone and some sensors are also placed in this camera module. There is no exhaustive list of features for cameras or sensors yet.

The OnePlus 9 Pro looks like it will have a 6.7-inch curved screen with a single-hole selfie camera in the corner. The speakers are on the bottom edge, the Beep Key and power button are on the right, and the volume button is on the left. The back of the phone is made of glass.

The OnePlus 9 Pro will also be the first OnePlus phone to offer reverse wireless charging. The space on the back of the phone will allow you to charge other products such as headphones or smart watches.

OnePlus Pro 9 is expected to be introduced in March.

IPhone wearing a mask: how to download iOS 14.5 Beta