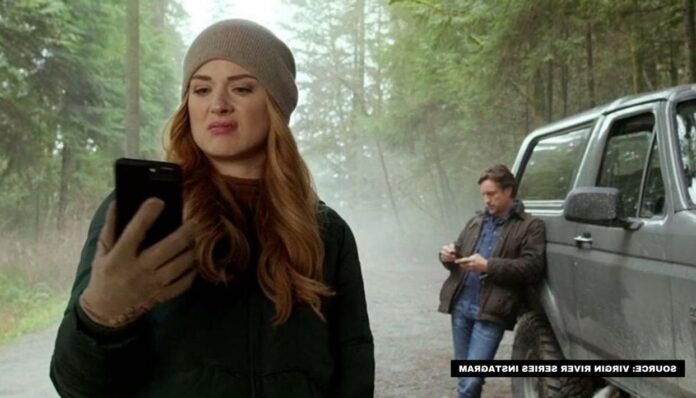 Virgin River’s third season will stream on Netflix in the near future and Charmaine (Lauren Hammersley) will give birth to her twins. Recall that she insisted the babies belonged to her ex-boyfriend, Jack Sheridan (Martin Henderson), but fans believe she may have been cheating on him.

One theory that fans have been unable to ignore is that the babies belong to Jack’s friend Brady (Ben Hollingsworth) which makes perfect sense after a one-night stand. On the one hand, Jack was shocked, but promised to support Charmaine and the babies, and accompanied her to her dates, similarly, Mel revealed that she was having twins and said that she could news some complications at the time of birth.

Still, Charmaine was excited to share such a special experience with Jack, and she was eager for him to participate. However, as Jack’s feelings for Mel grew stronger, Charmaine had planned to leave Virgin River and move in with the babies. Which is why some Virgin River fans have suggested the babies don’t belong to Jack.

At one time, Charmaine could just be using that pretext as a reason for him to stay with her. That said, some fans have questioned the situation, as many believe the babies belong to Jack’s troubled friend Brady.

No one fully believes the babies are Jack’s because every time Charmaine argues about her pregnancy, the next scene is from Brady. Also, this seems like the most logical way out of that situation so that Mel and Jack are finally together.

Possibly the loss of Charmaine’s babies could occur which seems likely with the mention of a high-risk pregnancy, however, losing the twins seems too obvious and redundant and unnecessary for the story.

See Also
Where do Charmaine Roberts children really come from?

Likewise, Charmaine is still jealous of Mel for stealing from Jack, she may have experienced a moment of poor judgment. Who better to sleep than Brady? Especially since he is also angry and resentful towards Jack he would certainly accept it.

Brady and Charmaine were at the same party, which would have been the perfect opportunity for them to spend the night together. On the other hand, Brady was already drunk and Charmaine had been reeling after Jack fired her, thanks to this, Charmaine may be convincing herself that the babies are Jack’s, although she might also be aware of the possibility that the twins are of Brady.

Emily Ratajkowski in dress: she poses with a famous humorist!

‘Birds of Prey’ and Batman Connect? This is The Post-Credit Scene