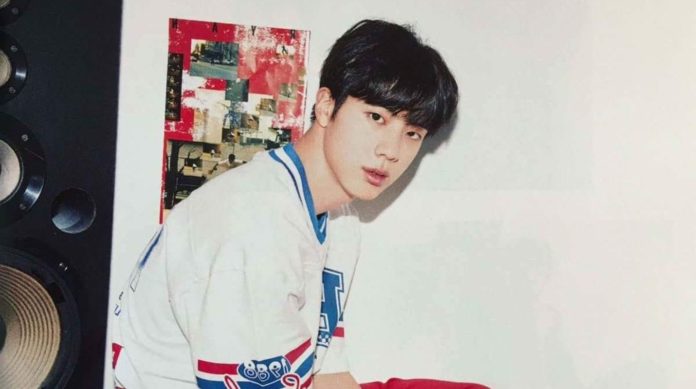 Fans have begun to dream of a collaboration between both celebrities.

During their participation in an iHeartRadio event in the city of Los Angeles , Bangtan members were questioned about what collaboration they would like to have in the future, some names mentioned by the boys were Ariana Grande and Post Malone.

However, Seokjin was shocked to answer the name of the internationally famous actor Brad Pitt , his response took the audience by surprise, who surely expected a musical collaboration , will Jin be interested in starting a career in acting ?

Jin graduated with a degree in art and acting , so it would not be a surprise if he wanted to show the world his skills in that field. The world-famous idol has a busy schedule, but if acting is something you want, we know that you will be able to develop acting as a second profession and, why not? Maybe even match Brad Pitt , whom the idol has recognized as his celebrity crush .

After his statement the fans began to have fun doing some editions bringing together both celebrities.

If you missed it, watch the full interview here:

M Pokora does not leave the government “ignored”!

Karate Kid comes to consoles as beat’em up

Messi saw the disaster coming in Liverpool: he talked about Rome...

Emily Ratajkowski with her baby fist and jeans