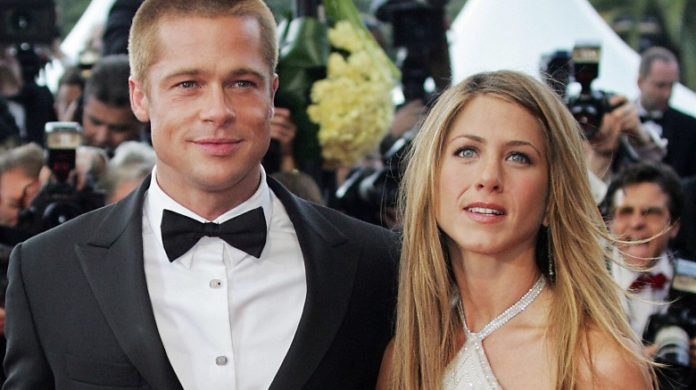 Brad Pitt and Jennifer Aniston have returned to talk about; especially because both have been seen very close and affectionate again. Jen’s party was enough for both of them to get their romantic side out.

Some years ago, these celebrities were husband and wife, but love ended when in 2005, Pitt left his wife to start a new relationship with Angelina Jolie, the woman with whom she shared credits in the action / love movie, “Mr and Mrs smith”. :OR

After almost 15 years, and of both having gone through their second divorces, Brad and Aniston, returned to resume their friendship, because although it took Jennifer many years to forgive her ex-husband, both seem to have left the past behind and sort things out. with maturity.

However, this is not the first time that they say they have been captured very affectionate, but on this occasion, the protagonist of “Friends” wanted to organize her “Christmas Party”, in which she only invited those people she considers important for she.

One of those guests, was nothing more and nothing less than Brad Pitt, who was the last to leave the place, during the event, the ex-husbands were captured very lovingly, so it could be an indication that they are considering trying again . Omgggg!

The love story of Tini Stoessel and Sebastián Yatra

COLE AND DYLAN SPROUSE HAVE ANOTHER TWIN