Home Celebrity How did Brad Pitt break into Hollywood? 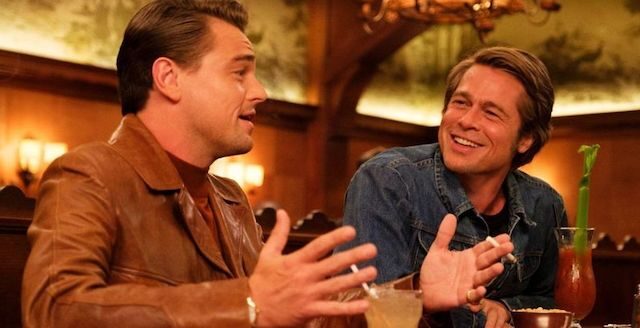 Brad Pitt has had a prolific career in Hollywood. From Fight Club to Ad Astra … A look back at what made a movie icon so successful.

It can be said, Brad Pitt is a legend in Hollywood. Indeed, the actor has nothing more to prove in his career, as everything succeeds him. How did he go about conquering Hollywood?

The name of Brad Pitt , 54, is no longer to be presented in 2020. Indeed, the actor that many have known in Fight Club has experienced a meteoric rise in cinema . Seven , Thelma and Louise , Mr and Mrs Smith or Once Upon a Time in Hollywood … We have seen it in a multitude of films since its beginnings in Hunk .

It is even one of the most easily recognizable faces in the world. In addition to his beautiful mouth and his natural charm , Brad Pitt also has talents on camera that are no longer to be demonstrated. From the start, he bursts the small and the big screen. We even saw him appear in the Friends series , where he met his ex, Jennifer Aniston.

He also shared the poster with big names, such as Angelina Jolie , the future mother of her children, in Mr and Mrs Smith . He also rubs shoulders with Leonardo DiCaprio , whose fame is well established.

BRAD PITT: A VERSATILE ACTOR, WHO PLAYS ALL KINDS OF ROLES

One thing to know with Brad Pitt is that he doesn’t mind playing this or that role. Indeed, Brad Pitt plays in all types of films, without really confining himself to a genre .

From the author’s film to the blockbuster, Bradie displays true versatility . So we could see him playing brawlers in Fight Club , like taking on the skin of a bloodsucker in Interview with a vampire , or of a mythical warrior in Troy and of course, being an ace of bluff in Ocean’s Eleven .

So many faces and facets for this dear Brad Pitt, who is not afraid of anything and who shows us that he can take on any type of role . This is the secret of any actor who respects himself: knowing how to go from one role to another while knowing how to detach himself from it .

In summary, Brad’s success lies in the fact that there is no role that sticks more to him than another. It is basically a real chameleon !