Home Celebrity Brad Pitt and Alia Shawkat unleash rumors of relationship by having an... 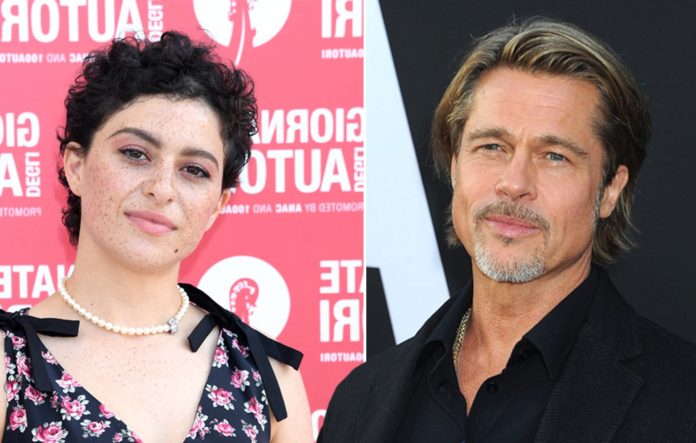 Brad Pitt and Alia Shawkat unleash rumors of relationship by having an appointment. His attendance at a musical show revived suspicions about a romantic bond between them

The actor of the film Once Upon a Time in Hollywood has celebrated the success of his recent Oscar away from the world of celebrities and cameras, however, Brad Pitt is an easy figure to recognize wherever he goes, that’s why he has been a Little difficult to go unnoticed.

Brad Pitt attended a Thundercat concert with a female friend Alia Shawkat, at the Wiltern in LA on Saturday night and also at Kanye West’s Nebuchadnezzar opera at the Hollywood Bowl. pic.twitter.com/SfKuftDNqf

Recently, the actor was seen alongside actress Alia Shawkat while they both attended the Thundercat concert . This is not the first time that the couple is seen in public sharing different activities, so they have been linked in a sentimental way since some time before .

None of them have exterminated any response in this regard, however, the rumors remain in the air since, although some say that it was not an appointment since there was no sign of affection between both celebrities others still have the suspicion what will be happening between them, will they be just friends or are they dating?

Thank you so much for the great support on PittMerch.com! You guys are amazing and I’m greatful for every single one of you.