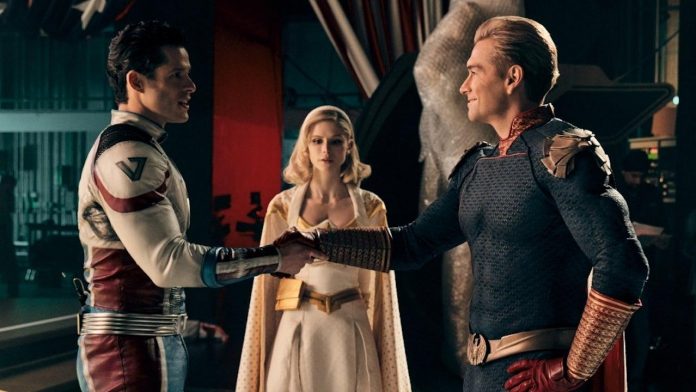 “Boys” was renewed for a fourth season after the explosive premiere of the third season, which debuted on Prime Video on June 3.

Prime Video has announced that it has ordered a fourth season of “Boys” just a week after the third season of the Emmy-nominated series debuted on the platform. The first episodes of the new season attracted a significant global audience during the first three days of broadcast, which apparently increased by 17% compared to season 2 and by 234% compared to season 1.

“From our first conversation with Eric Kripke and the creative team about the third season of Boys, we realized that the show is getting even bolder — an impressive feat, given the frenzied success of the second season, nominated for an Emmy Award,” said Vernon Sanders. Head of global television at Amazon Studios.

“The boys continue to push the boundaries in the narrative, while ruthlessly entertaining and weaving a needle into social satire that seems too real,” he added. “This stylized world of the series has an incredible global reach, and the number of viewers on the first weekend is proof of that. We are immensely proud of the cast and crew who created the franchise for Prime Video, and we look forward to showing more of The Boys. to our customers.”

“Boys” stars Karl Urban, Jack Quaid, Las Alonso, Tomer Capon and Karen Fukuhara play a group of powerless vigilantes who take on corrupt superhumans and expose them for who they really are. The series proved to be a huge hit for Amazon when it first debuted in 2019, and has continued to attract viewers ever since. Showrunner Eric Kripke now plans to build on his growing success by expanding the universe.

“Speaking on behalf of the cast and crew, we are so grateful to Sony, Amazon and, above all, the fans for accepting the show and allowing us to do more,” Kripke said of the fourth season extension. “We are very happy to continue the fight of the Butcher and the Boys against the Homelander and the Sevens, as well as comment on the crazy world we live in. In addition, this is the first time in history when the explosion of genitals led to further success. .”

“The producers and actors of Boys prove year after year that there is no bar they can’t jump over,” added Jeff Frost, president of Sony Pictures Television and co—president Jason Clodfelter. “We are incredibly proud of this brilliant and subversive genre series. Our relationship with Prime Video is much more than a partnership, it’s more like a big family. Everyone at Sony Pictures Television is excited to join Prime Video and Eric Kripke for another successful season.”

IGN’s review of the premiere of the third season of “Boys” noted that the first three episodes wasted no time getting to “apocalyptic good things, where total war challenges Wout, the Boys and everyone who got hit by Homelander’s heat rays”, while remaining “impressively saturated with blood, filled with harsh with lessons and loaded like a powder keg ready to explode.”

The third season of “Boys” is now streaming on Prime Video, new episodes are available every Friday, and the season finale will take place on July 8.