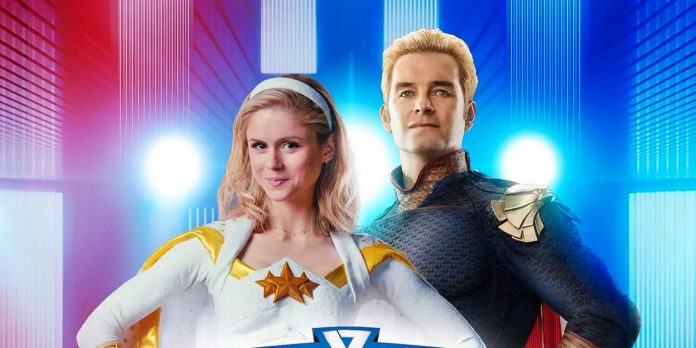 Billy Butcher and his gang are not going anywhere. Fans of The Boys will be happy to know that the series has been renewed for a fourth season on Prime Video just a week after the release of the long-awaited Season 3, which debuted on the streaming platform on July 3.

Based on the comics by Garth Ennis and Darik Robertson, The Boys series has received critical acclaim and commercial success since its premiere in 2019. the series is in development.

Although Amazon does not disclose information about the ratings of its shows, the company reported that the global audience of the series increased by 17% compared to the second season. Therefore, the decision to extend The Boys is not at all surprising. “Speaking on behalf of the cast and crew, we are very grateful to Sony, Amazon and, above all, the fans for accepting the show and allowing us to do more,” showrunner Eric Kripke said of the extension. “We are very excited to continue the fight of the Butcher and the Boys against the Homelander (Anthony Starr) and the Sevens, as well as comment on the crazy world we live in. In addition, this is the first time in history that exploding genitals has led to further success.”

The action of the 3rd season of “Boys” begins a year after the events of the 2nd season. Huey (Jack Quaid) works directly with Victoria Neuman (Claudia Dumit) at the Federal Bureau of Superhuman Affairs. Butcher (Karl Urban), Frenchy (Tomer Capone) and Kimiko (Karen Fukuhara) also work with the Bureau, although Butcher is tired of keeping records and is close to returning to his more violent approach to hunting superheroes. . Meanwhile, the evil megacorporation Vought has developed a compound V compound that temporarily grants users superpowers, and Homelander is trying to restore his damaged reputation after his (unsuccessful) relationship with Stormfront (Aya Cash), a literal Nazi.

Until now, The Boys have maintained the bloody violence and harsh social commentary that made the series so popular. Earlier this year, Crawford teased that season 3 of “Boys” would be a lot weirder than previous seasons, which are expected to come from a show that thrives on chaos to give deep insights into corporate greed, celebrity culture, and late-stage capitalism.

Seasons 1-3 of “Boys” are currently streaming on Amazon Prime.

Understand Twitch’s ‘Don’t Ban’ List That Was Leaked In The Platform...

The Blacklist Season 9: Reddington’s true identity could be revealed