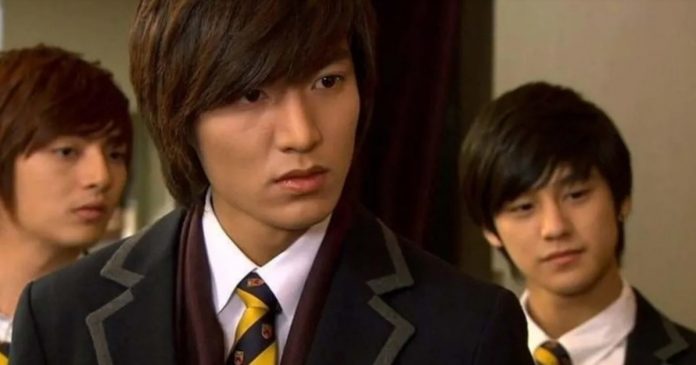 This K-Drama is one of the most popular and fans chose some memorable scenes. Have you seen Boys Over Flowers one or more times? We tell you which scenes stole the attention in Korea throughout the broadcast of the drama.

Korean and international fans do not always agree on the best or worst productions, but there are some stories that undoubtedly made their mark in the world of K-Dramas and one of them is Boys Over Flowers .

This 2009 series has not lost its charm and continues to be one of the most popular, with worldwide recognition that makes it very special.

When the drama finished airing it was also highly commented and that is why HIGHCUT magazine did a survey to identify which scenes were the favorites of the Korean public, can you imagine what they were? Please tell us if you agree with the following list:

When The F4 , Jan Di, and Ga Eul travel to New Caledonia, Jun Pyo tries to conquer the protagonist by showing really warm gestures. From organizing dinner, preparing fireworks, and more, but there was one detail that captivated the public.

It is about the confession that Jun Pyo makes while flying in a helicopter, the boy says that he will give Jan Di his heart while they both observe a landscape with said figure.

When Jan Di moves out and the F4s help her fix her new home, they decide to end the day with dinner as a reward for her work. They are ready to start a game but suddenly Jun Pyo and his fiancee arrive.

Everyone joins in a game of truth or dare, has fun and laughs until a very serious question pops up, but the good atmosphere returns after a moment.

This scene takes place after Jan Di discovers that Ji Hoo is in love with a girl and although he is happy for both of them, he cannot help but feel sad.

Jun Pyo takes her away from there so that his feelings are not exposed and it is then that he shows his kind side with the girl, even if she is not in the best state.

Surely you remember the time when the F4 and Jan Di say goodbye to Ji Hoo at the airport, after which the protagonists see the plane where he is traveling take off while enjoying a hot drink.

Jun Pyo tells Jan Di that he will tell her something important and he must pay attention because he is not going to repeat it, but the sound around him prevents the girl from hearing the message.

Jun Pyo’s birthday party is also used to publicize his commitment and this boy’s mother invites Jan Di with the intention of humiliating her and breaking her heart. He even asks her to play a melody on the piano but to his surprise she does it wonderfully.

We recently also told you about several friendships we saw at Boys Over Flowers that are unforgettable.

CoD: Vanguard Will Feature Zombies Mode; Will Be The Prologue of...