Home Entertainment Boys: 10 burning questions after watching the finale of the third season 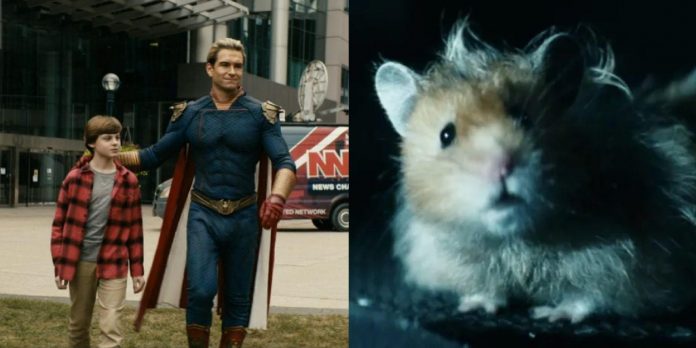 The highly anticipated third season of The Boys has wrapped with an explosive (just ask Soldier Boy and Maeve) finale in keeping with the graphic and gritty nature of the series, leaving fans full of questions about what to expect next. With Homelander as homicidal as ever, a shake-up in The Boys’ power structure, and a looming presidential election that could change everything, there’s a lot to think about.

Nothing about The Boys is predictable, making it even more fun to speculate about what will happen going into the next season. Will season 4 be the season Butcher finally gets Homelander? What will happen to Ryan now that he’s hanging out with Homelander full time? One thing’s for sure – there won’t ever be a dull moment.

How Will Butcher Handle Annie Being A Member Of The Boys?

Butcher has always been very mistrustful of supes, and at one point wouldn’t have hesitated to kill Starlight, but now she’s been recruited into The Boys officially so he’ll have to get used to it. What does that mean for the dynamic of the team going forward?

Since Hughie is the only one who’s been sticking up for Butcher, and he seems to be getting on better terms with Annie, it would behoove Butcher to get along with her as well. If not as a favor to Hughie, then because of all the help she’s been to The Boys exposingHomelander and Vought. There have been many times when they wouldn’t have survived without her.

What Will Homelander Do If He Finds Out Ashley Let Maeve Go?

Maeve finally gets what she wants in the finale – a chance for her superhero career to be over and her life as a regular civilian to begin with Elena, far away from Vought and Homelander. The Boys know Maeve survived her brush with Soldier Boy, but so do Ashley Barrett and Anika (from the crime analytics department) after seeing surveillance footage of them rescuing her.

Ashley deleted what she saw, meaning that either she thought it would be better for the public to think Maeve died, or she feared what would happen if Homelander found out where Maeve went. The real question is, what will Homelnder do if he ever finds out Ashley let Maeve go?

Will Black Noir Be Replaced?

After a fascinating storyline involving animated chipmunks, birds, and other Disney-esque animals, fan-favorite Black Noir summoned the courage to help Homelander take on his old teammate Soldier Boy. Unfortunately, after having one of the best characters arcs in season 3, Homelander killed him in a fit of rage.

Considering only a few people knew what he looked like under his mask, will his death even be reported? What if he were to simply be replaced? It seems like all that would be necessary to make a convincing Black Noir involves silence and knife fighting.

What Will Happen During The Next Presidential Election?

With Victoria Neuman and Homelander working together behind the scenes, there’s no telling what will happen, but it’s sure to be bloody. Now that Homelander had Lamar Bishop terminated to make room for Neuman as the new VP candidate, the secret supe has a clear path to the White House with Dakota Bob.

In the original graphic novels by Garth Ennis, a lot of attention is paid to Neuman’s vice presidency as a Vought plant with eyes on the Oval Office. Will the election plot, sure to happen in season 4, still keep to that premise? Hopefully, fans will get to see more of her overall master plan, which has been vague up until this point.

Who Will Fill The Four Vacant Spots In The Seven?

The Seven haven’t really been comprised of seven members all at once for some time, but in season 3, Supersonic won a coveted spot at the table alongside Homelander, Starlight, Maeve, Black Noir, The Deep, and A-Train. Unfortunately, he was killed by Homelander, so as it stands with Starlight leaving The Seven for The Boys, Maeve considered dead to the public and going into hiding, and Black Noir’s untimely demise, there are four vacancies on the team.

What new characters introduced in season 4 will be recruited to take their places? Homelander seems less and less interested in even having a team since he so often feels betrayed by them. It’s not hard to imagine a much more strict and strenuous series of tests and trials for any potential members, spearheaded by Homelander himself.

Will A-Train Finally Turn Against Homelander?

There were lots of major changes for A-Train this season, which culminated in him getting a heart transplant from the very superhero he killed; Blue Hawk, a racist supe who only saved people in predominantly white neighborhoods, and actively assaulted people of color with deadly force. Even though he’s able to run again, his own brother called him a murderer. So much has happened to A-Train against his will, will he finally turn against Homelander and Vought?

Annie tried to recruit him to help The Boys take down Homelander but he double-crossed her and told Homelander about the plan. Homelander repaid the favor in the finale by declaring that A-Train was never like “family” to him. A-Train can only take the abuse for so long until the indignities he suffers will be unbearable.

Is Ryan Going To Turn Into Mini-Homelander?

After the battle with Soldier Boy, Ryan chose Homelander over Butcher in a turn of events that shocked fans as much as it shocked him. In the end, Ryan (super-powered himself) felt seen and understood by his superhero father, who appeared to not harbor any ill-will towards him after the finale of season 2.

In the final scene, Ryan watches Homelander laser a detractor in front of his fans, and the ghost of a smile plays across his lips. Is Ryan going to become a mini-Homelander? It stands to reason that living with Homelander instead of Grace or Butcher means that he’s going to be heavily influenced by the leader of The Seven, who not only has done some incredibly evil things but has been concealing his brutality less and less with the public.

Will The Deep Have To Stage Yet Another Comeback?

The Deep got a major comeback in season 3, with book deals, movies, and a place among The Seven. Unfortunately, after getting into an argument with his wife/manager, she mounted a smear campaign that threatened to destroy his reputation (again). He watched in horror during the finale as she went on talk shows to reveal “the real Deep” to the world.

If word gets out about The Deep’s intimate relationship with some of his aquatic acquaintances, it could capsize his credibility. It’ll take a lot more than a Lifetime movie-of-the-week to repair the damage. Will he get Ashley’s help in spinning the coverage?

After using so much temp V, Vought’s 24-hour version of Compound V, Butcher started to suffer the fatal side effects. After his showdown with Soldier Boy, he fainted and woke up to a doctor telling him that he only had months to live. Even with the last traces of temp V removed from his body, the damage was done – further treatment would just affect his quality of life and not necessarily extend the amount of time he has left.

Will this new information make Butcher even more reckless than before? And will that mean season 4’s finale will feature his funeral? No doubt with this new development, Karl Urban will be able to build on the emotional intensity he brought to season 3 (especially during the Mindstorm-induced flashbacks) to deliver one of The Boys’ best performances.

What Happened To Jamie The Irradiated Hamster?

When The Boys went to Russia to break out Soldier Boy, they encountered a hamster named Jamie that had been a fellow test subject. It saved Frenchie’s life and escaped the lab, but was that really the last time fans will get to see the ferocious little furball?

According to this video from Entertainment Weekly, Eric Kripke is “dying to figure out how to get him back into the story,” so it might not be the last fans see of Jamie the blood-thirsty, super-powered hamster.