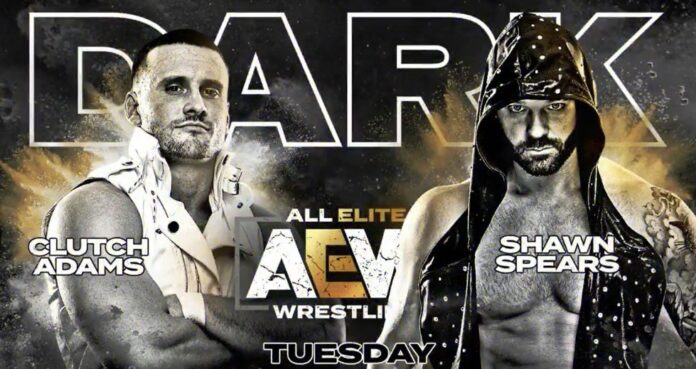 All Elite Wrestling will air a new episode of AEW Dark next week.

This week we will enjoy 5 officially announced matches, where company fighters will face off against independent superstars. The show will be broadcast through the company’s official YouTube channel.

Billy Gunn with Austin Gunn vs. John Skyler
Shawn Spears vs. Adams Clutch
Brandon Cutler and Peter Avalon vs. The Narutal Nightmare (Dustin Rhodes and QT Marshall) with Brandi Rhodes
The Butcher and The Blade with The Bunny vs. Jon Cruz and Joe Alonzo
Santana and Ortiz vs. Big Game Leroy and EJ Lewis

Next week on #AEW Dark – We've got another stacked card for you!
Watch #AEWDark every Tuesday at 7e/6c via our YouTube channel at https://t.co/oZiB2TKmny. pic.twitter.com/XFqH7VMgm6

Shawn Spears will have a new combat in AEW Dark and it will be his first appearance after his defeat against Dustin Rhodes in the last PPV of the company, Double or Nothing 2020, where in addition, Spears premiered his new gimmick.

On the other hand, The Narutal Nightmare (Dustin Rhodes and QT Marshall) accompanied by Brandi Rhodes will have a new fight to try to obtain a new victory and, thus, demonstrate to the other teams in the division in pairs that they are prepared to obtain a starting opportunity .

See Also  EC3 hints at its return to IMPACT Wrestling

Google’s 3D animals are a hit on the Internet; know how...

PS5’s games are not compatible with PS3, PS2 and PS1

Zayn Malik signed with a new agency, Will he have a...

New Netflix Shuffle Play button: What is it for?

Laeticia Hallyday: on the verge of moving for good to Paris?