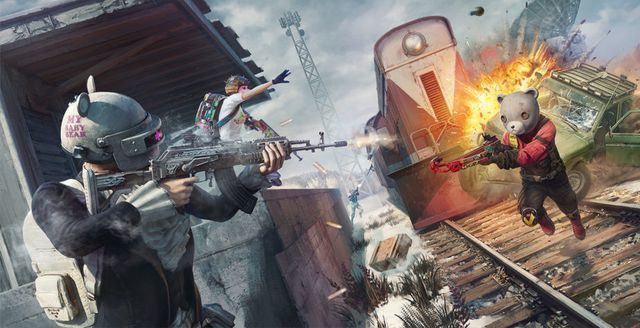 Considered one of the most popular Battle Royale games in the world, PUBG has announced that it will include bots in the console versions to improve the skills of new players. It was said that the bots will be introduced after the 7.1 update.

The Battle Royale game, PUBG, which has become the favorite of many game lovers with the explosion it has experienced in recent years, does not stop innovating in the competitive environment. The publisher of the game, PUBG Corporation, has released a new announcement today. The announcement mentioned about the innovation and details of the novel was read by many games severe.

In the announcement shared on the official website, “Hello everyone, as with many games, we have seen that the overall skill level of our players has increased significantly over the past 3 years. While PUBG players continue to develop and improve their skills, we often see that many new players die in the early stages without damaging the enemy. You have been telling us that the expanding skill level range has created a more challenging environment for some of our players, and now we are ready to talk about our plan to help. ”

Will come with update 7.1
The team said that they decided to introduce the bots with the 7.1 update in order to improve the skills of the players and take full advantage of the PUBG offerings, and said that the positive or negative effects of these bots on the game depend on how well they are programmed. Again, according to the team, the movement of the bots will progress in the form of a navigation network. In this way, the boots will constantly look for environmental hazards and try to find the shortest path to the next destination.

Bots can also be found in the clash part, which is one of the most important features of the game. When players use the same combat tactics as in any conflict, the bots will be able to escape bullets. Let’s add that the systems have been developed to make sure that the aiming capabilities of the bots change according to the distance range. In addition to all of these, some improvements will be made regularly by the team in order to behave more realistic in the future. Finally, it is among the information that PUBG will start on April 29 for season 7 for consoles. We will continue to convey new news to you until that day.

Meet Gemma, Harry Styles’ sister who will steal your heart

BTS’s Jin was chosen as the most attractive man in the...

How weighed! Anastasiya Kvitko shines her heavy toy over there

What song will Emme sing at her mother’s wedding