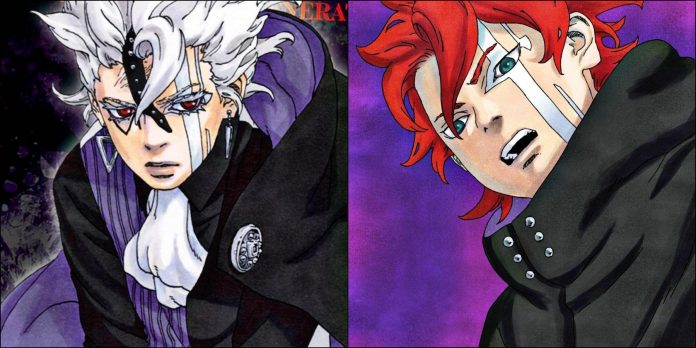 Karma is known as an incredible force in the Boruto world. Introduced for the first time with Boruto Uzumaki, the main character of the series, Karma can be bestowed only by Otsutsuki. This power is the gateway for Otsutsuki to stay alive forever by changing bodies. Possessing great strength, since all the abilities of height are transferred to the vessel, Boruto Uzumaki has become much stronger since he received this seal.

At the same time, another character with Karma is Kawaki, who is also one of the main characters of the series. While Boruto carried Momoshiki Otsutsuki’s karma, Kawaki possesses the karma given to him by Ishiki Otsutsuki. Interestingly, there are not only two Karma users in Boruto right now. There was also Jigen, a monk who was used by Isshiki, who is already dead, and there is also an anomaly of Karma belonging to the Kara Code — White Karma.

White Karma Code: What is it?

As in the case of Kawaki, the secrets of Karma Code are closely related to Isshiki Otsutsuki. The latter came to earth a millennium ago together with Kaguya Otsutsuki in order to grow a god tree and feed on the power of the planet. Kaguya, an Otsutsuki of the lowest rank, had to be fed to the 10-tailed one so that he would bear a powerful fruit. However, she turned to Ishiki and ended up attacking him. Isshiki, who barely survived, turned a monk named Jigen into his vessel and endowed him with Karma. However, he knew that the monk’s body wasn’t strong enough to contain all of his strength. Thus, he needed a better body, which is where his search for the perfect vessel began.

For decades, Jigen continued to search for the perfect vessel. Together with Amado, he conducted experiments on many children, one of whom was Code. Most of the children who were experimented on with his karma died, but two survivors remained. Kawaki, the one who successfully endured his karma, endured a lot of pain and received the power of Isshiki in return. On the other hand, there was an anomaly in the case of a Code that was still a loser, but somehow managed to survive. Usually a failure in the process of transferring Karma leads to death, but the Code survived this ordeal, and what is even more intriguing is that it eventually received White Karma. The seals are usually black in color and are used to resurrect Otsutsuki after death. In the case of White Karma, everything is a little different.

Although this Karma certainly gives the Code great power, it cannot be used for resurrection. Thus, it exists exclusively as a weapon of mass destruction. Why exactly the Code received this White Karma instead of dying, the author has not yet explained, however, there is probably a reason for this. Despite this, the power of the Code was off the scale, and he became one of the strongest members of Kara with these abilities up his sleeve.

How strong is the karma of the code?

Simply put, Karma contains all the data of Otsutsuki, which is compressed into a tiny seal and then transferred to the vessel. Over time, the seal is slowly extracted, and when the process is completed, Otsutsuki can be resurrected. As the extraction process continues, the seal also adds all of Otsutsuki’s experience, abilities, and powers to the body. Thus, each existing karma greatly increases the capacity of the vessel. Although the Code is certainly not a perfect vessel, it is still extremely powerful as its karma acts as a pure weapon. Interestingly, not only was the Code endowed with a powerful tool, but his White Karma somehow also gave him a power that surpassed even the strength of a Jigen. It was expected that even the leader of Kara was afraid of him and the power he possessed. In order to suppress all the threats coming from him, Jigen installed limiters on his body, which greatly suppressed his abilities. Despite this, the Code was still confident that he was one of the strongest Inner Kara and stronger than Delta and Boro.

In a recent Boruto arc, fans saw how the Code demonstrates the power of White Karma. Despite being suppressed, he was strong enough to completely crush the likes of Naruto Uzumaki, and even keep up with Boruto in his state of Karma. Even when his power was suppressed, he was strong enough to resist Kawaki’s Karma powers and even use Damon to help him in battle. After Amado’s abduction, the Karma Code limiters were finally lifted, which means that he is one of the strongest, if not the strongest, characters in history. However, there are those who can perfectly resist his abilities. Fans saw how Damon, one of the cyborgs created by Amado to combat the threat of Jigen, dealt with him quite effectively.

The Genshin Impact Leak Shows Which Harbingers of the Photo will...