Home Entertainment Boruto: When will the timeskip happen? 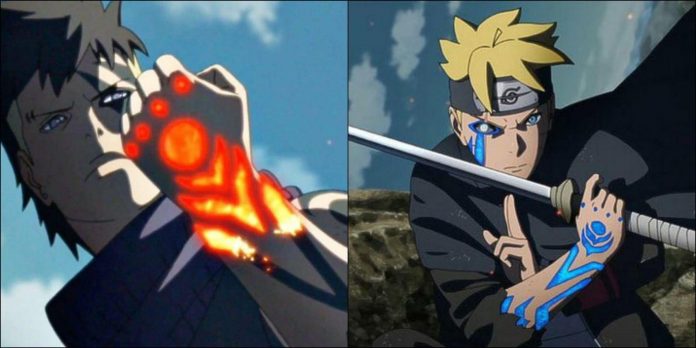 Boruto: Naruto Next Generations is a sequel to Masashi Kishimoto’s magnum opus Naruto and follows the story of Boruto Uzumaki, the son of the Seventh Hokage Konohagakure, Naruto Uzumaki. The action of the series takes place in a peaceful era when wars no longer exist, and the world in many ways has become much better than before, and all thanks to Naruto Uzumaki. Although peace reigns in all major Shinobi villages, the story begins with a rather gloomy note, where Konohagakure seems to be completely destroyed, and among all this there are two characters, namely Boruto Uzumaki and Kawaki.

Boruto Uzumaki continues to say that the Shinobi era is over, and, apparently, Kawaki is directly related to this. However, the exact events are not known to fans, because the story quickly goes back four years ago, to the beginning of Boruto Uzumaki’s path as a ninja. At the same time, it was clearly established that Boruto will definitely have a timeskip, but the question remains, when will Boruto enter his timeskip?

Boruto: Naruto Next Generations will certainly not be as long a manga series as its predecessor, Naruto, which means that events such as timescale entry are likely to happen sooner rather than later. Having already reached almost 70 chapters, Boruto is quite possibly either half or more, especially considering that the author, Ikemoto, previously mentioned that he intends to finish at about 20 volumes. Given that Boruto is pretty close to his end, it’s not surprising that the manga is actually pretty close to entering its timescale.

At the same time, current events in history also strongly indicate that Boruto is approaching his timeskip. Since Isshiki Otsutsuki has already died, all attention has already shifted to Kawaki, who inherited his real powers through armed Karma, reintegrated into his body by none other than Amado. Meanwhile, Boruto Uzumaki has already passed 100% Otsutsuki, which means that there is already Momoshiki power in his body. This is, without a doubt, a great development for the two most important characters in the series and the biggest sign that the timescale is pretty close.

At the same time, the previous chapter of Boruto also gave fans a decent look at the other members of Team 7 and even at the likes of Sasuke Uchiha and Naruto Uzumaki, each of whom has a personal need to become stronger in order to be able to fight those of Team 7. Otsutsuki. Since Boruto and Kawaki have already pulled ahead, the likes of Sarada and Mitsuki must catch up, while Naruto Uzumaki and Sasuke Uchiha must find ways to become relevant again in terms of fighting. All this can be perfectly solved with the help of a timeskip embedded in the history sooner rather than later. With all that said, it looks like Boruto’s timeskip is almost here for fans and can be perfectly integrated into the story after the code arc.

What does timeskip mean for history

Boruto: Naruto Next Generations is likely to enter its timescale soon, and it will certainly make a big difference to the comprehensive plot of the story. First, fans will see Boruto Uzumaki and Kawaki train hard to reach the level of the Code, which is currently the strongest character in all of history. Be that as it may, they have absolutely no chance against the monster that he is, and they will need guidance from someone strong, preferably someone like Naruto Uzumaki, Sasuke Uchiha or even Kashin Koji, to raise them to the same level as the Code.

link: What is Naruto’s Baryon Mode?

At the same time, timeskip would pave the way for Sarada Uchiha to awaken new powers such as her Mangekyo Sharingan. Given that Sarada rarely gets time for chapters, it’s no exaggeration to assume that her biggest bonuses may go off-screen, which, while incredibly sad, is true. In addition to strengthening Sarada, Mitsuki could also gain tremendous power. With Orochimaru’s help, fans could see how he became much stronger and caught up with the likes of Boruto and Kawaki.

In addition, the timeskip can also be of great importance for both Naruto and Sasuke, as they both certainly need to become stronger in order to meet people’s expectations and the titles they both carry. Most importantly, the timeskip will mean that Boruto will begin to approach the prologue that fans should see, where Boruto Uzumaki and Kawaki engage in battle with each other in the middle of the destroyed Konohagakure. Fans were at the limit of their abilities to find out the whole truth about the situation, and only timeskip can answer all questions related to the tragedy that seems to have befallen Konohagakure in the future.