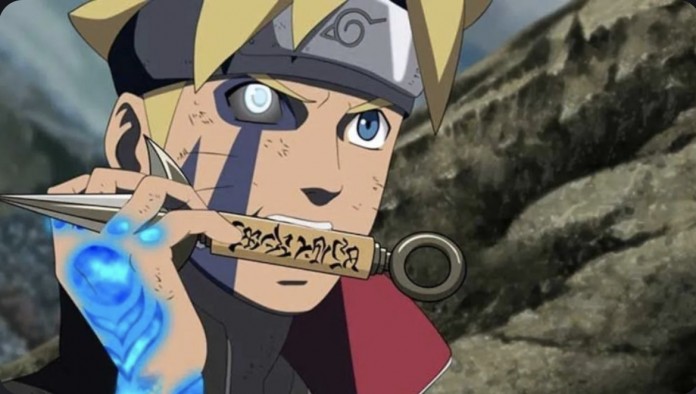 He is none other than Code, one of the members of the Kara Organization. He has both boys in trouble, who at the moment do not have support. But talking about it is …

In the previous chapter Naruto’s firstborn showed how strong the power of Karma is within him. He is a difficult force to control, but now he is forced to do so to confront Code.

All because his adoptive brother, Kawaki, is in grave danger. As far as it has been seen, resorting to this power is not a good idea. The reason is that Momoshiki can take control of his body and make the situation worse.

However, the new chapter of the manga revealed that Boruto, thanks to an experimental drug created by Amado, has managed to control the power of this villain. At least a little more than before, so he takes advantage of the extra boost that Karma gives to face Code.

That doesn’t reassure Kawaki much, especially since he knows the problem Momoshiki represents. The point is that the enemy he faces is also somewhat bewildered.

Boruto controls the power of Karma to fight

All because he first thought his former ally had returned, but was actually attacked by Boruto. He employed his Shadow Clone Jutsu technique, which is now more powerful thanks to the use of Karma.

The problem is that Naruto’s son is in a ‘race against time’. He doesn’t know how much longer Amado’s drug will maintain his effect. That is why he must beat Code as soon as possible. That in order to preserve his personality.

But since it is a foreign substance in his body, it could also have harmful effects. In fact, at the end of the chapter he collapses. Luckily for him and Kawaki help is on the way.

Naruto heads towards where he is accompanied by Shikamaru. Code may be a very powerful rival but the Seventh Hokage still has various tricks on his side. We will have to see what the next installment of this manga brings.