Home Entertainment Boru to: Where Screenwriters fail in the series 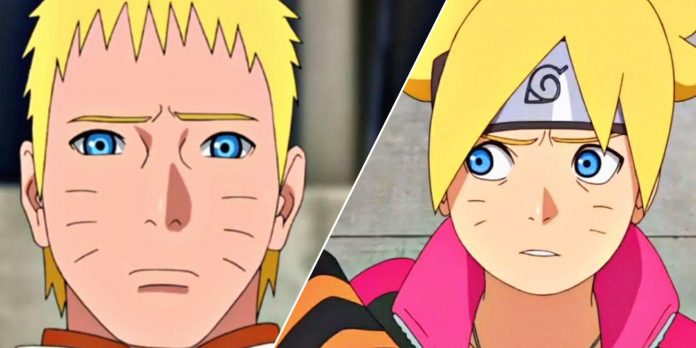 After the completion of the Naruto Masashi Kishimoto series, the author passed the baton to the next generation with the serialization of Boruto: Naruto: The Next Generations. As the name suggests, the series focuses on the next generation of ninja and takes place in the era of the world that Naruto Uzumaki and his generation fought for. As expected, Boruto’s action takes place years after the end of the Fourth Great Ninja War, and there is very little unrest in the world, but over time, the threat from the organizations of Otsutsuki and Kara has put the world in danger again.

With Boruto Uzumaki and his generation at the center of it all, Boruto turned out to be quite an intriguing series with countless incredible moments. However, he failed to reach the same heights as the Naruto Kishimoto series. When the series was originally announced, fans hoped that it would correct the mistakes of the previous series in many ways, however, Boruto’s writers continue to make the same mistakes and, in some ways, further aggravate Naruto’s obvious weaknesses.

Lack of time for minor characters

As the title of the series suggests, Boruto Uzumaki is the main character of the story and, as expected, the most important character. From the very beginning, fans were told that Boruto is his story, not his father’s story, which is important to convey to them the fact that Naruto and his generation exist not to take over, but to educate. Boruto certainly succeeded in this aspect, as the young Uzumaki was a great protagonist, even if he fell short in some ways. Along with him, people like Kawaki are also focused on quite a lot. Simply put, Kawaki is Sasuke in the series, and therefore he quite often finds himself in the center of events.

Since his appearance, he has become one of the most important characters in history and has established himself as an interesting character, perhaps in some ways even more than Boruto Uzumaki. Both Boruto and Kawaki devote quite a lot of time to the story, however, apart from these two, other characters practically do not attract attention to themselves. This is very similar to Naruto, where Naruto Uzumaki and Sasuke gradually took over the story, and everyone else faded into the background, only worse. With Naruto, this transition was gradual, and with Boruto, it was from the very beginning.

Even Boruto’s teammates, such as Mitsuki and Sarada Uchiha, hardly attract attention. Fans see these two develop off-screen all the time, and then small moments shine from time to time, however they just don’t seem important to the story. Sarada, who wants to become a Hokage, almost never got a chance to prove her worth, and Mitsuki, a miracle of medicine, remains as underused as before. Konohamaru Sarutobi, their teacher, has not played the role of a teacher for ages. In fact, he didn’t have any significant moments in the Boruto manga at all, which is the exact opposite of Kakashi Hatake from Naruto.

Even other characters from the old generation don’t play as big a role as they should, and this is a clear failure on the part of the screenwriter. When it comes to other ninja teams, fans have almost no expectations from them, as they have hardly appeared in history so far. The likes of Shikadai, Inojin, Chocho and Metal, among others, had nothing to do in the 70 chapters of the series, which just highlights how much wasted potential the series carries right now.

Don’t focus on the world around you

Although Naruto, of course, was not a master of focusing on the world around him, he certainly coped with his task at an average level, which did not leave fans either too surprised or too sad — just satisfied. The initial arc of the story took fans to the Land of Waves, where their culture and people were fully explored. Later, fans even saw Sunagakure, their geography, how people lived there and how this village compares to Konohagakure when it comes to military might.

As you can see, Naruto, of course, did not hesitate to explore the ninja world and help fans immerse themselves in an amazing world filled with many characters who eventually became fan favorites, such as Gaara and others. However, when it comes to Boruto, this aspect of the narrative is completely ignored. Although the Boruto anime certainly compensates for this in some ways, for example by giving fans arches in Sunagakura, Kirigakura and even Iwagkura, the fact remains that the manga is ultimately the actual work of the author.

In the Boruto manga, fans were disappointed again and again by the author’s decision to compress the story around Konohagakure and make Boruto Uzumaki and Kawaki the only two talking characters in the story. Everything from the side cast to building the world is a huge weak point of Boruto: Naruto Next Generations.

AEW and MJF in uncharted waters and in the role of...