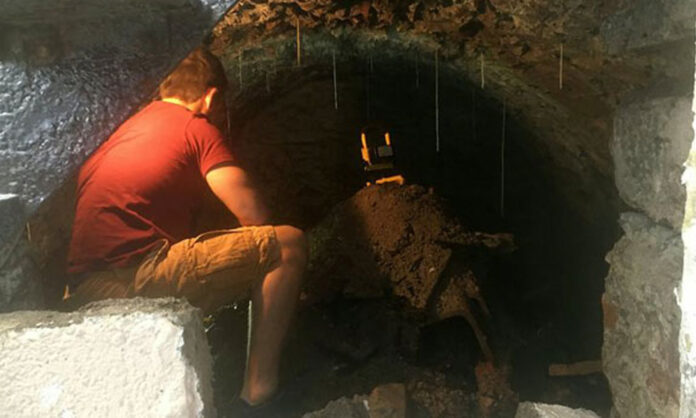 A man named Jake Brown, living in England, discovered a 120-year-old tunnel under the house while looking for something to linger about because he was bored with the coronavirus quarantine.

We continue to experience asocial days that we are not accustomed to due to the coronavirus epidemic. Many people who had to spend time in their homes because of the virus epidemic made different hobbies to evaluate this time. Some of the people who stayed in the house for a long time started to make changes at home.

In England, which is one of the countries most affected by the coronavirus epidemic, people are trying to spend time in their homes, except in compulsory situations to protect against the virus. Jake Brown, who lives in Plymouth, England, experienced an event that could be a movie script during quarantine.

Jake Brown, who lives in the city of Plymouth, has suffered a lot of boredom because he has been home for a long time due to the coronavirus outbreak. Therefore, Brown decided to renovate his new home. Starting to work for renovations, Brown realized that the texture of one of the walls of the house was different from the others. Brown made holes in the wall, which had a different texture, and realized that there was a wide and empty space behind the wall.

Starting to study the empty space behind the wall, Brown realized that this space was actually a tunnel. Beginning to investigate in the tunnel, Brown found paint cans in the tunnel at the beginning of the 1900s and a newspaper dating from 1964. Excited by the items she found in the tunnel under her house, Brown shared the situation with her historian friend Richard Fisher.