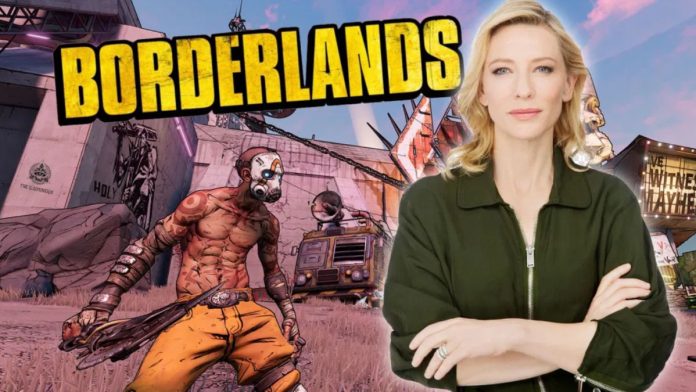 The filming of the Borderlands movie will feature Cate Blanchett and Kevin Hart as big stars, and its script will be written by the author of Chernobyl.

Adam Goodman, head of production at MidAtlantic Films, has hinted at The Hollywood Reporter that the Borderlands film will begin filming in Budapest (Hungary) very soon. Goodman says that the country has already adapted to all the needs that the coronavirus poses and is ready to shout action again. “We’re full through summer 2021. We’ve paved the way for a Lionsgate movie, for the Borderlands movie, we’re doing the third season of Jack Ryan for Paramount TV and a Marvel project that, for the usual security reasons, he can’t speak, ”Goodman acknowledged. This being the case, this new adaptation of video games to the big screen would have to fly before June.

The Borderlands movie was announced in February 2020 and, far from being in limbo like many video game tapes, this one seems to be very serious. It will be a live-action adaptation and its cast will feature stars such as Cate Blanchett (in the role of Lilith, the mermaid) and Kevin Hart (as a character yet to be confirmed). It will be directed by Eli Roth (whose biggest projects to date have been Hostel and Hostel 2) and will feature a script written by Aaron Berg and Craig Mazin. And although the first of his writers has no previous credits, the second is the prestigious author of Chernobyl, the Hangover saga and even the upcoming HBO series based on The Last of Us.

As far as video games are concerned, the series is still rigorously current thanks to Borderlands 3, of which we once wondered if it was the best installment in the saga. Although it came out in 2019, the game has just announced its second season pass, which will bring between three and four expansions for the title and will leave its 2021 well covered with news and challenges.

YouTube will let you buy the products you see in the...