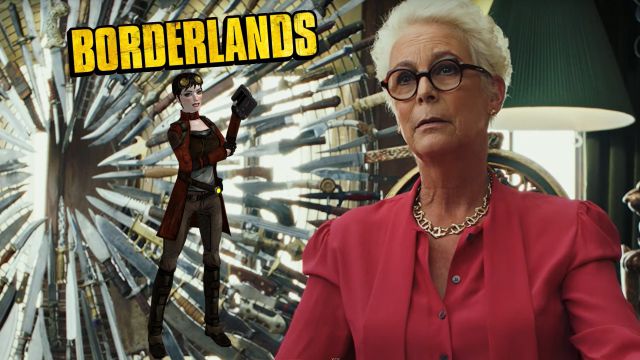 The veteran actress, best known for her role in the horror saga Halloween, is joining Cate Blanchett and Kevin Hart in the new film.

The Borderlands movie continues to take shape. In an article published by The Hollywood Reporter, it has been confirmed that Jamie Lee Curtis has signed a contract to play Patricia Tannis, an archaeologist from Pandora who may have in her hands the key to discovering a chamber full of alien weapons technology. Cate Blanchett, Lilly in Fiction, was the first star announced, while Kevin Hart (Roland) will also be directed by director Eli Roth.

Jamie Lee Curtis recently participated in the film Knives Out, directed by Rian Johnson (Star Wars Episode VIII: The Last Jedi). In addition, he will re-enter the skin of Lauren Strode in Halloween Kills and Halloween Ends, scheduled for 2021 and 2022 respectively. Curtis has also appeared on television series, as she paid homage to her classic character in Scream Queens, a Ryan Murphy horror parody.

The team behind the film

Borderlands will be made into a movie by the Lionsgate Motion Picture Group. It will feature Avi Arad, Ari Arad and Erik Feig as producers, while Randy Pitchford, head of Gearbox, the studio behind the video game, will serve as executive producer, as will Strauss Zelnick, CEO of Take-Two Interactive. Craig Mazin, known for his miniseries Chernobyl and for the HBO project based on The Last of Us, will be the screenwriter

The Borderlands saga will continue to be linked to Take-Two Interactive, despite the announcement of the purchase of Gearbox by Embracer Group, the business giant that owns THQ Nordic and Koch Media. There will be no changes to the organization chart of the company, as Pitchford will remain as CEO of Gearbox.

Borderlands 3 is available on PS4, PS5, Xbox One, Xbox Series X, Xbox Series S, PC, and Google Stadia. The title is immersed in the third season pass, with a new expansion on the horizon.