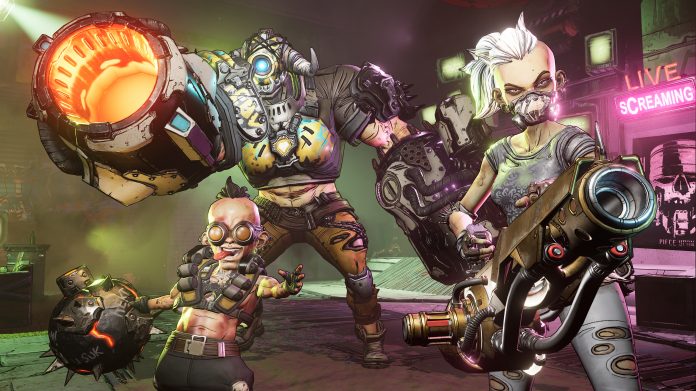 The game developed by Gearbox and published by 2K Games has been adapted to the new generation of consoles and will receive new content.

The roadmap for Bordelands 3 remains intact in 2021. Gearbox is working on new content, including the new Season Pass, which has given us a new expansion, Designer’s Cut. The plans for this newly released year include another expansion (Director’s Cut) and more additional content. Through a press release, 2K Games, publisher of the video game, has announced a series of mini-events that will take place over three weeks. This is the Arms Race, which will take place between January 21 and February 11.

This dungeon-style experience is based on the premise that all players start with nothing. Therefore, they must obtain the necessary loot to equip themselves with the necessary weapons and objects that allow them to survive and not perish in the attempt. Arms Race takes us to the Stormwind Complex, a strange already dismantled military base located on a cold island of Pandora. According to information provided by 2K, it is believed that the name of this place is due to the inclement weather conditions, a local and deadly phenomenon known as mortellino. Once there, the contenders will have to fight a race against time to emerge unscathed from their dangerous mission.

Not everyone will be able to participate in these limited-time events, as in addition to the Borderlands 3 copy, players will have to get hold of the Designer’s Cut add-on.

Event duration: From January 21 at 18:00 CET to January 28 at 17:59 CET
During the Clear Skies mini-event, all enemies will have a chance to drop better loot, and the Deathmatch circle will take longer to close so you can take your time exploring and searching.
Week 2 – Extraction with Double the Extra

Event duration: From January 28 at 18:00 CET to February 4 at 17:59 CET
During the Double Extra Extraction mini event, all extraction stations will have more slots so you can extract more gear! Additionally, air drops will have a higher chance of dropping DAHL chests, which have a better chance of including exclusive Arms Race gear.
Week 3 – Quick Team

Event duration: From February 4 at 6:00 p.m. CET to February 11 at 5:59 p.m. CET
During the Quick Team mini-event, rare chests will be more likely to spawn in Arms Race, and DAHL’s green chests that are at the top points of interest in the Stormwind Complex will have a higher chance of containing exclusive Arms Race gear. But make sure you don’t spend too much time looking at the equipment you find, because the mortellino will close faster than normal.
Borderlands 3 is available on PS4, Xbox One, PC, and Google Stadia. Also on PS5, Xbox Series X and Xbox Series S, thanks to a patch that adapts the experience to the new generation of machines.