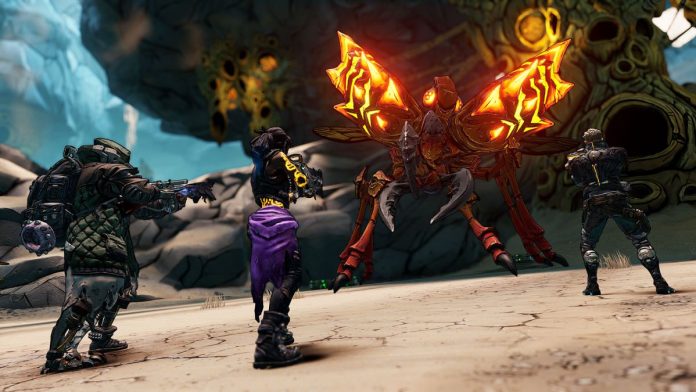 Borderlands 3 does not rest; and is that after receiving several expansions, Gearbox’s celebrated RPG cut FPS is updated again, this time, with Borderlands 3: Director’s Cut, a new DLC full of content with new missions, unpublished areas, a powerful final boss, the calls House cards and their respective challenges and much more. This has been presented by those in charge through an official statement along with several screenshots.

“In case you didn’t know, Director’s Cut is the second half of Season Pass 2 that, along with Designer’s Cut, is included in Borderlands 3: Definitive Edition. A lot of chaotic content is added, but let’s start with the biggest (literally): an encounter with a colossal raid boss ”, comment its creators.

Thus, Director’s Cut content can be purchased as part of Borderlands 3’s second season pass or individually; and among the main novelties is the presence of the boss Hemovorus the Invincible, a giant Varkid with very bad fleas. Also, this new DLC comes with new areas to explore and new missions that will take players to the distant lands of Promethea, Eden-6 or Nekrotafeyo.

Along with all these novelties will also come the so-called Vault Cards or Chamber cards, which will provide daily and weekly challenges with up to 100 different objectives; These cards can level up to unlock new pieces of equipment and cosmetic items for our characters. Of course, for the moment only one type of these cards will be introduced, while the rest will not arrive until the end of 2021.