Home Entertainment Borderlands 3 Already Has Cross-Play, But PS4 and PS5 Have Been Left... 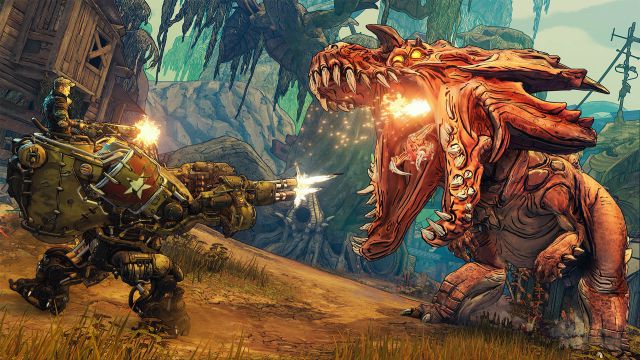 Borderlands 3: Randy Pitchford, Head of Gearbox, recently explained that the decision to rule out crossplay on PlayStation platforms was 2K.At last comes one of the most desired features of the Borderlands 3 community, crossover play. 2K Games has announced that the update is now available as free content on Xbox One, Xbox Series X, Xbox Series S, Mac, Stadia, and PC (Steam and Epic Games Store). As already anticipated, this option will only be available between these systems, since PS4 and PS5 will not be compatible.

Randy Pitchford, CEO of Gearbox, explained on Twitter that the absence of crossplay on PlayStation systems is not due to any technical problem. In fact, the studio implemented this feature, which was withdrawn at the request of its own publisher, 2K Games. Neither party has provided the reasons that led to this decision, although during the trial between Apple and Epic Games Store it came to light that Sony charges royalties for implementing cross-play on their platforms.

Good news or bad news? ”Pitchford said on his official Twitter account. “Good news: We have prepared an update for Borderlands 3 that includes full crossplay on all platforms. Bad news: we certify that the publisher has asked us to eliminate crossplay from PlayStation consoles. ”

The Return of The Revenge of Vengeance

2K Games and Gearbox have also announced the return of Revenge of the Mafias Revenge, one of Borderlands 3‘s most popular seasonal events. Joey Ultraviolet and his henchmen are back, as is Saurus Maurice, who will request players that they eliminate the Mafia operatives. After killing a good number of them and after collecting the corresponding corpses, we will have the opportunity to access the main event portal, which will face us directly against Joey Ultraviolenta himself. And he comes loaded with rewards!