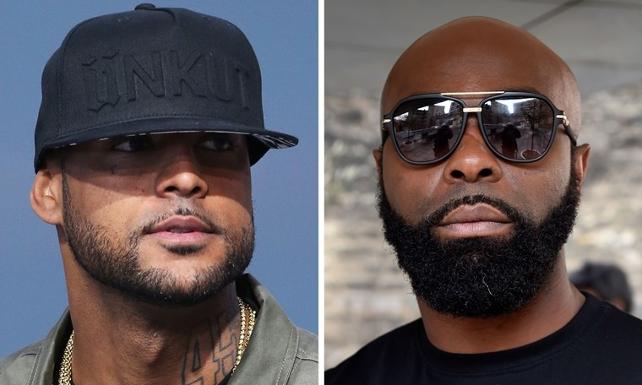 On his Twitter account, Booba has just taken on Gims once again. According to him, his music is bad besides being naughty

In the space of a few days, Booba caught up with his quota of clashes. Indeed, after having been able to remain discreet for a while, all of his rivals have just taken tackles in the head. Whether it’s Damso, La Fouine, Rohff, or even Gims.

Indeed, the DUC has just launched its own “series”. This is actually a montage in which he opens his video with the following line, “What’s this honey?” “. That we can sometimes translate as “what is this grotesque situation” or “look at me this buffoon”.

Because yes, once the “credits” have passed, Booba actually unveils a file on one of his rivals. He just did it for La Fouine and Rohff and should certainly do the same for Gims, Damso and others.

But as for Gims, he preferred to relay a simple video to attack him. A video in which we can see an extract from an Ivorian show that tackles, just like B2O, the rapper with the glasses.

The journalists on the set therefore giving credit to Booba as they too were tackling the member of the Assault Sexion.

But what does that show say? Rest assured, our colleagues from RapRnB gave the answer. Since they were relaying the comments in question made by the participants of the show:

“Maitre Gims personally I don’t like him […] He is not open to the public […] I have never seen him smile” One of them said. Even adding that he found the rapper with the glasses “too stuffy”. It took no less to amuse Booba who added a layer on Twitter:

“@Gims We don’t love you! And the more the days go by, the less we love you. Your music is bad you are naughty and you have no cojones. And you smell bad on top of the market. ”

It remains to be seen whether Gims will respond to Booba or whether he will prefer to remain silent, as has been the case for the past few weeks now. This is arguably the best attitude to adopt.

A better life: Boher gets worse after Lucie disappears!