Home Celebrity Booba sad to retire from music after the release of Ultra? 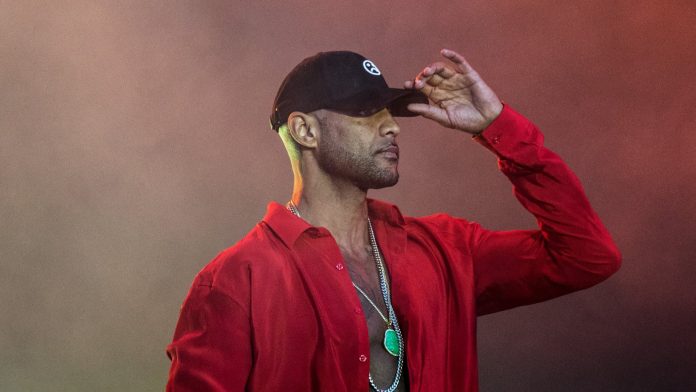 Rapper Booba is it sad to retire from music after the release of his album Ultra? We give you more details.

Booba saddened to retire after the release of his album Ultra!

After more than 20 years of career, the Duke of Boulogne bows out. On March 5, fans of the artist will finally discover his new album Ultra.

This is the artist’s 10th album and indeed his last. “This is the tenth. This is the last … “the young rapper wrote on his Twitter account.

But lately, Booba has regaled us. Indeed, last year, the rapper released us several singles which were all hit!

We think of his many collaborations with other artists like Maes or JSX. He will also unveil the first two tracks from his album Ultra, 5G and Azerty.

Before we swing a freestyle “fallen from the joint” as he says. Entitled Ratpi World, its success is a hit. With this piece, the Duke of Boulogne nails the beak to criticism.

But then on the one hand, the fans seem happy to be able to discover their artist’s new album. In fact, this album is expected since the release of Throne in 2017.

On the other hand, they’re still sad to have to say goodbye to their favorite star. But they are not the only ones. Indeed, Booba also seems touched by his retirement. We tell you more.

Booba sad to retire from music after the release of Ultra?

BOOBA: “I WILL MISS YOU GUYS”

Deprived of his private Instagram account, the rapper can still take advantage of La Piraterie’s account to stay close to his community. Lately, the young rapper posted a short video full of nostalgia!

See Also
Booba: After a hack, a photo of it was revealed!

We thus see Booba facing the camera, a cigarette in his mouth. “I’m going to miss you guys,” the rapper said. “Even the haters, I will miss you,” he adds. Before concluding: “But I will not give them time anymore.”

The video then continues with images of highlights from the rapper’s best-known clips. On a melancholy melody, the emotion is there!

In the caption, the B2O adds the hashtag # ultra5321. He thus refers to the name of his album Ultra and specifies the date of its release set for March 5, 2021!

The publication of Booba has greatly pleased his many subscribers who follow him very closely. His short video was viewed over 86,000 times in just a few hours.

In the comments, fans still don’t realize that March 5 marks the end of their favorite artist’s career. “I have tears in my eyes from Le Crime Pays to Ultra Always,” wrote a subscriber under the rapper’s post.

“March 5 JOY, March 6 depression for life” can also be read. Suffice to say that the rapper, who marked an entire generation, will forever be the first in the hearts of his fans. He also contributed to the evolution of rap throughout his career and will remain an eternal pillar of French rap! See you on March 5 to discover his album Ultra. Save the date.

Jisoo receives congratulations from BLACKPINK on her birthday