Booba is a very caring dad towards his little Luna. The rapper painted his daughter’s fingers in a video posted on Instagram.

Booba is very close to his daughter, Luna. The French rapper spent a tender moment of complicity by taking a varnish break with the girl.

Very close to his children, as he is to his fans, the Duke of Boulogne, as he called himself at the start, is omnipresent on the web. He shares moments of his life, and even the most intimate.

Dad of two children, Omar and Luna, Booba does not hesitate to take the time to play and laugh with them. With the Covi-19 crisis, the rapper wants to be reassuring with his children.

The singer, who has lived in Miami for several years, offers his children a comfort of life very different from France. When the weather is nice, he takes them to the beach.

A few hours ago, Rohff’s enemy shared a cute video that melted the web. In the pictures, we see him putting the varnish on his daughter’s fingers.

Very applied, this last caused the amazement of his daughter. Luna kept staring at her dad, Booba, taken aback, seeing him doing like a boss.

BOOBA GETS A PAINTED AFTERNOON WITH HIS DAUGHTER LUNA

The video, posted on the official lapiraterieofficial account, has therefore already collected more than 80,000 views in just a few hours. As a caption, the rapper simply wrote a varnished emoji, followed by the black flag.

Moments of complicity like this, Booba shares a lot. Very active on social networks, the successful rapper does not hesitate to portray his children on the web.

A few months ago, Luna wrote her very first text to her dad. A great moment that the rapper agreed to share with his followers on Instagram, when his account was still active.

In his Instagram story, Booba had therefore revealed his first exchange by SMS with his daughter. She then asks him when he plans to come.

“His first text” had commented the dad very proud of his daughter. So he sprinkled this touching message with several emojis with hearts instead of eyes.

A few months ago, Booba had therefore made a tender statement to his daughter on social networks. The young man posted a video of his daughter when she was little.

So he had chosen the piece Little Girl, which he had dedicated to his daughter when she was a baby. The rapper, still in self-mockery, took advantage of this video to send a message by quoting himself. “If you’re making kids, think about being there.” 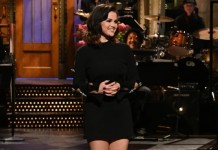 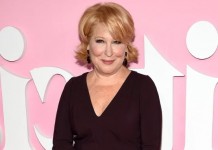 JACKSON WANG WINS A GAME AGAINST GOT7 AND THIS WAS HIS...