Home Celebrity Booba laughs at Damso and his transparent vinyls! 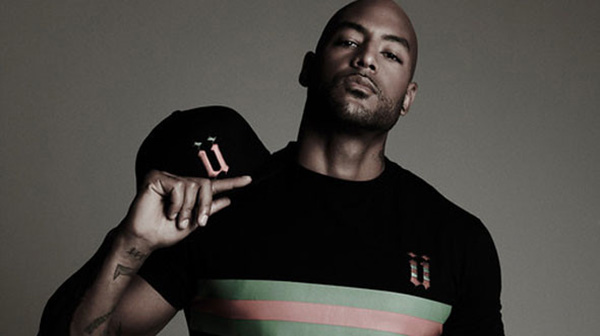 Damso tries to innovate by releasing transparent vinyls … But Booba does not validate at all. And still find a way to laugh!

Booba no longer has Instagram. Well, almost … Because when he finds a good cut or a good joke to make, the rapper does not miss an opportunity. This time, Damso finds himself posted on the account of La Piraterie!

Because the rapper no longer has access to the social network, since he has received a permanent ban. But his label and his brand can still post and do their job! The opportunity for the troublemaker of French rap to put his two cents in …

Precisely, one of his favorite victims – but far from Gims, Kaaris or Rohff in the list – had a new idea. Always on the lookout for innovations, Damso is releasing his vinyl album. But Booba doesn’t care about the idea!

A vinyl, yes, but not anyhow: Damso innovates a little more and releases a transparent vinyl. The idea may appeal, even if you immediately imagine the fingerprints on it … But a fan goes even further!

While the first buyers of the Belgian rapper’s new album share their impressions on the networks, one of them makes a remark: the vinyl “looks like the plateau of the microwave”. It didn’t take much for Booba!

Or at least for La Piraterie… Because the account of the rapper’s brand shares the commentary. But not without adding a layer! The Insta account shows how to find the same vinyl on Amazon …

Booba laughs at Damso and his transparent vinyls!

La Piraterie therefore offers Damso fans to buy a “microwave turntable” on the platform … A diversion that will surely not please the Belgian rapper. Even if the relations are less strained!

After a period of opposition, Booba and Damso indeed seem less harsh on each other. It must also be said that the Duke had other fish to fry, with the Rohff attacks in particular. So he leaves his former protégé alone!

Especially since deleting his Insta account didn’t help. While B2O loved to post edits that were as poorly done as they were humiliating to their opponents, the social network fired him … and therefore cut him off from his main occupation!

Since then, Booba has found a way to express himself. Often spicy on Twitter, he also tries to get the promotion of Ultra … Even if everything does not go as planned, especially because of his troubles with Skyrock.

While he should have participated in Planète rap, the duke found himself in the middle of a clash … A setback for him. But obviously, everything is fine. He no longer uses Instagram. Well, almost … But still finds a way to bite his rivals. Reassuring news, then!

BTS temporarily cancels their tour but will be very close to...