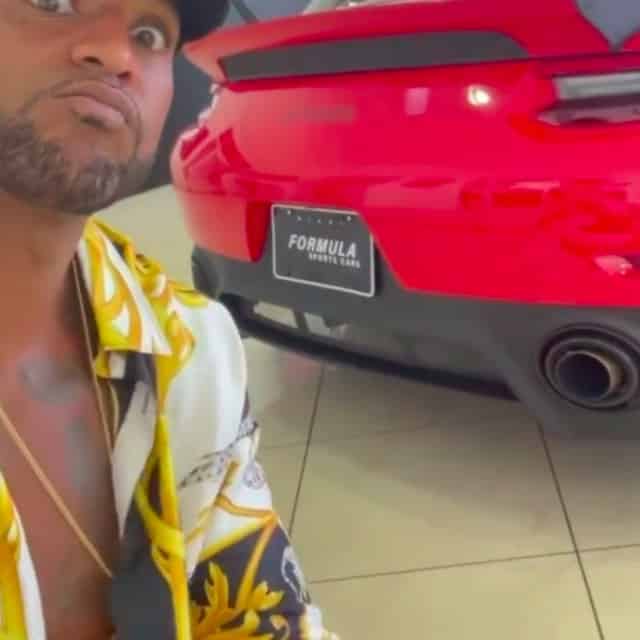 Booba has just given himself a huge gift to celebrate the end of the recording of his album “Ultra”! B20 has indeed bought a Porsche!

Good news for Booba fans, the rapper recently announced that he has completed his 10th album, “Ultra”!

After weeks of teasing, Booba recently revealed that his tenth album titled “Ultra” will be released on March 3rd… A date that is coming very soon, much to the delight of Pirates (the name of B20 fans)!

Thus, on February 13, 2021, the interpreter of “Jauné” gave news of this long-awaited project! Indeed, via several videos posted on the Instagram account of his brand “La Piraterie Official”, the rapper indicated that he had (finally) finalized his album!

So, to celebrate the good news, Booba decided to give himself a huge gift! Indeed, the 44-year-old filmed himself from the garage of a luxury car dealer, Formula Sport Cars, in Miami.

The reason ? The 44-year-old artist bought himself a Porsche… Just that! “The album is over, let’s have a little fun! “Said Booba on the videos he posted on Instagram!

The rapper was in a euphoric mood at the thought of buying a new little car… And given the car in question, you can understand it!

BOOBA: ITS FANS ARE LOOKING FORWARD TO DISCOVER “ULTRA”

On the Internet, many Internet users have reacted to videos of Booba buying a luxury car! Indeed, they wanted to congratulate their favorite rapper for this purchase!

“That or nothing mentality”, “Really the boss of French rap”, “A Porsche, this rapper really doesn’t have time, it’s incredible! »« How it sends, my dream to be able to do that! Get up one morning and buy a Porsche! »Can we read on the web.

While other Internet users have shown their enthusiasm at the idea of ​​soon discovering the 10th album of Booba’s career! “Can’t wait for March 2, it’s coming soon, but I can’t take it anymore! “Okay, if he bought a Porsche, sure it’s because he knows his album is going to blow up! ”

Or again: “Roll on the month of March to listen to this little wonder!” I’m sure it’s going to be B20’s best album! Already “Rapti World” has delighted me … And it was an appetizer! We can thus read on Twitter!

Comments all more positive than the others! A certain enthusiasm which should delight the main concerned, Booba! In addition, the release of this long awaited album will be accompanied by a Planet Rap on Skyrock!

Indeed, a real tussle 2.0 between the station’s program director, Laurent Bouneau, and B20 … It seems that the radio and the artist have finally found common ground! Another good news …

Telemundo premieres the thriller series and the results