Home Entertainment Booba has announced the playlist for his new album “Ultra”! 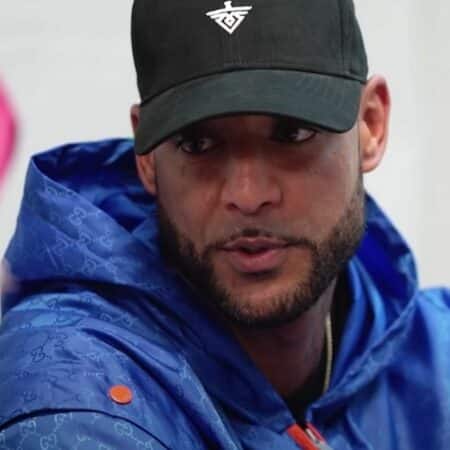 Booba has finally unveiled the tracklist of his new (and last) album, entitled “Ultra”. Check out the featurings below.

It’s been a while since Booba tease his new album “Ultra”. But the rapper has finally unveiled the tracklist.

The biggest fans of Booba have checked the date on their calendars. Indeed, he will release his tenth album on March 5.

Despite his mysterious side, the Duke of Boulogne has finally deigned to say a little more about his next opus. After the cover, it is the traklist that he decided to reveal to his audience. Very good !

We now know there will be 14 titles in total. But also that he will share the microphone with Maes, Bramsito, SDM, JXT, Gato, Dala and Elia. Yes, yes, you heard very well. For the occasion, Booba called on quality guests!

Among this, the rapper will offer 7 solos, including Azerty and 5G that you probably already know. However, he chose to discard his latest hit, titled Rapti World.

This is surprising considering that it has generated over 7,000,000 views on YouTube as well as a lot of very positive feedback. And this, in just 4 weeks!

“But how far can we be like that. Unbelievable. I’ve listened to it 100 times. “,” Too bad the sound is not in unlimited mode, it’s too short! We want more! ”,“ Incredible ”, we can read in the comments section.

However, the unanswered question is… Will this album be Booba’s last? Indeed, a while ago, the rapper wrote, “This is the tenth. This is the last … “, on his Twitter account. What sow doubt among his many fans.

But a more recent post came to confirm the news. As you know, Booba is deprived of his Instagram account. However, the Duke of Boulogne can still take advantage of La Piraterie’s account to stay close to his community.

Recently, the latter posted a short video full of nostalgia! We thus see Booba facing the camera, a cigarette in the mouth. “I’m going to miss you guys,” he says. “Even the haters, I will miss you,” he adds. Before concluding: “But I won’t give them time anymore.” Well.

The video then continues with images of highlights from the star’s best-known clips. In caption, he adds the hashtag # ultra5321.

True or not, one thing is certain, and that is that he will forever be the first in the hearts of his fans. And let’s not forget that the Duke of Boulogne has contributed to the evolution of rap throughout his career and will remain an eternal pillar in the genre. Case to follow in any case!

Pokémon GO: Rayquaza returns to raids for a limited time