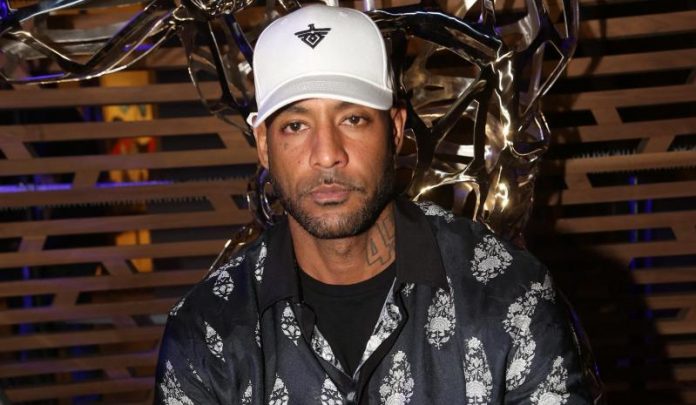 Booba is about to release his album “Ultra”. Chantal Goya would be delighted for the rapper to cover one of his songs.

In a few days, Booba will release his tenth album, “Ultra”. Chantal Goya still believes in the rapper’s career and would even see him cover one of his songs.

Booba and Chantal Goya, soon a feat? The Duke of Boulogne has enjoyed enormous success for several years and is among the best French rappers. However, the rapper is best known for his numerous clashes with other rappers. Thus, everyone remembers his fight with Kaaris.

B2O had revived the scandal by wanting to do a boxing duel with his sworn enemy. Yet it never happened, much to the dismay of fans. Since then he has mostly used social media to provoke his enemies and has even been banned from Instagram for good.

Booba is trying to settle down and has a busy schedule. And for good reason, on February 16, the Duke of Boulogne made a nice announcement to his fans. He plans to release his tenth album which is called “Ultra” on March 5th. The followers will however have to savor his new songs.

In addition to the arrival of his album, the Duke of Boulogne has not hidden from fans his desire to end his career. Thus, Ultra will be his last album and the rapper seems to want to bow out. “This is the tenth. This is the last… ”, he said on Twitter while revealing the cover of the disc.

Booba: Chantal Goya would like to do a feat with the rapper!

Booba’s final album is therefore highly anticipated and his fans will surely flock to it. A very great French singer closely follows the rapper’s career and even seems to have a fascination with him. This is Chantal Goya, the youth idol of the 80s.

Everyone has hummed at least once on “Becassine” or on “Un Lapin”. Besides, B2O must have sang his songs when he was younger too. Chantal Goya would like to modernize her songs a bit and bring a touch of rap. For that, she thought of the… Duke of Boulogne!

“We could play the rabbit in rap”, she said for Europe 1 jokingly. The 78-year-old star sees himself doing a duet with Booba and is said to be up for working with him. In fact, she was able to cross paths with the rapper a few years ago. It was during a TV show that the two artists met.

“He said something to me that moved me very much and made me very happy, he told me ‘respect, respect for you and all that you have done,'” she said with emotion. The Duke of Boulogne therefore seems to have a lot of admiration for her.

It must be said that Chantal Goya somewhat breathed her stage name. Indeed, B2O had requested his authorization in order to be able to name Booba. “He had asked through the president of Universal, Pascal Nègre, to use the name of the song for his career,” said the singer Bouba the little bear.