Home Entertainment Bonnie and Clyde’s Inspiration from Grand Theft Auto 6 Can Lead to... 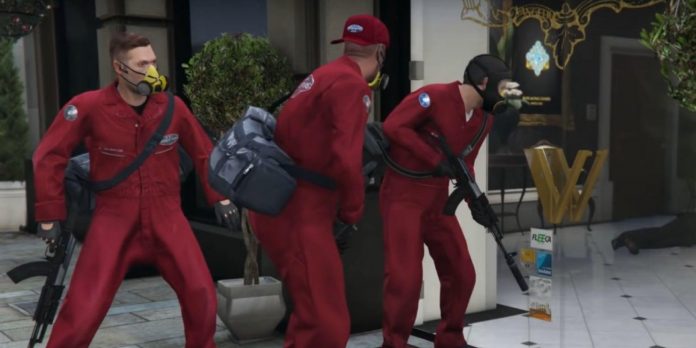 The Grand Theft Auto franchise excels when it throws gamers into the most chaotic situations, allowing players to unleash their weapons or engage in high-speed chases with the police. With Grand Theft Auto 5, the series introduced multi-stage heists, and they were one of the most appreciable aspects of the game. When performed correctly, they make gamers feel like criminal masterminds pulling off the greatest dastardly plot in history.

Recent reports claim that Grand Theft Auto 6 may be inspired by Bonnie and Clyde, a couple known for their criminal exploits. Grand Theft Auto 6 could use Bonnie and Clyde’s story to bring gamers more complex heists featuring a notorious, tight-knit gang. If implemented correctly, the next GTA game could surpass the highs reached by GTA 5’s heists.

Who Are Bonnie and Clyde?

Bonnie Parker and Clyde Barrow were an American couple that raised hell in the early 1930s. They were part of the Barrow Gang that was active from 1932 to 1934 and featured other notorious figures. The gang robbed several banks, though they were also known to strike convenience stores and other businesses. They were not particularly fond of doing things the peaceful way, and during their many runs, they killed at least thirteen people, including nine police officers. The couple met their end in May 1934 when they were ambushed by lawmen who opened fire on them while they were in their vehicle.

Despite their notoriety, Bonnie and Clyde have enjoyed a somewhat romanticized reputation in death. Their criminal exploits have been glamorized, and pop culture has had a particular fixation on Bonnie as a dangerous yet doomed woman. The couple has since inspired several songs and movies, and it appears that their exploits will continue to live on through the next Grand Theft Auto game.

Earlier in 2022, Rockstar confirmed that the development of the next Grand Theft Auto title is underway, although no further details were given. This announcement was enough to excite GTA fans, as it has been nearly a decade since the last entry in the series. With little official information from Rockstar, gamers have had to turn to leaks. The most credible leaks have come from Bloomberg, with recent reports outlining the current state of Rockstar and its plans for Grand Theft Auto 6.

According to Bloomberg, Rockstar is undergoing quite a lot of internal change, and it is abandoning its past fratboy culture for something a little more politically correct. This will be reflected in the next GTA game which is alleged to feature humor that will not punch down or target marginalized groups. Bloomberg’s reports also claimed that GTA 6 will feature the first female protagonist in the series. She will be a Latina serving as one half of a couple inspired by Bonnie and Clyde. According to Bloomberg’s sources, the game’s setting is inspired by Miami and its surrounding areas, which suggests that gamers may be returning to Vice City. The game may have a long lifespan, as it is alleged that Rockstar has plans to update the game with new missions and cities.

RELATED: Persona 6 and Grand Theft Auto 6 Are in the Same Boat

If the reports are true, it seems that GTA 6 will be quite different from its predecessors, and while it will still have Rockstar’s signature ambitiousness, it may ruffle fewer feathers. The shift to a female protagonist may be a drastic change for some gamers, though it does open the door for new gameplay opportunities, especially if the developers are taking inspiration from Bonnie and Clyde. Building on the foundation of GTA 5’s heists, the next GTA game could present something truly special.

One of the most captivating aspects of Grand Theft Auto 5 is its multi-stage heists. Players can strategize, deciding who they will work with and what approach they will take to get the loot from a business. Before players can execute the heists, they typically have to do a few preparatory missions to ensure maximum potential for success. While the goal is to stick to the plan, things can go wrong, which is why improvisation skills are also necessary. GTA 5’s heists are memorable, and Rockstar Games should ensure that they make a return in GTA 6, though there are plenty of improvements that can be made.

In GTA 5, the accomplices that players could use in heists are somewhat interchangeable, and players do not get much of a chance to know them well. This could change with GTA 6 if it is inspired by Bonnie and Clyde. The couple was part of the Barrow Gang, with Clyde as its leader. Similarly, GTA 6 could feature a tight-knit gang with characters that players can get to know and grow attached to. Growing familiar with each gang member, sorting the gang’s funds, and delegating the correct jobs to the correct gang members could become something for players to manage.

Rockstar could use GTA 6’s Bonnie and Clyde influence to implement multiple protagonists once again, allowing players to play as both halves of the couple. This could be particularly interesting if the female protagonist and the other protagonist each have different skill sets, encouraging players to replay missions to experience different aspects of a heist. For example, playing as the female protagonist could focus players on shooting while playing as her partner could have players serving as the getaway driver.

With anticipation for Grand Theft Auto 6 as high as it is, Rockstar will have to produce a masterpiece to please its fans. Drawing from Bonnie and Clyde could be a good idea, as the criminal couple has inspired plenty of art, and their exploits fit well in Grand Theft Auto’s world. The couple could inspire some interesting heists in the next GTA game if developers build on the foundation laid down by GTA 5.