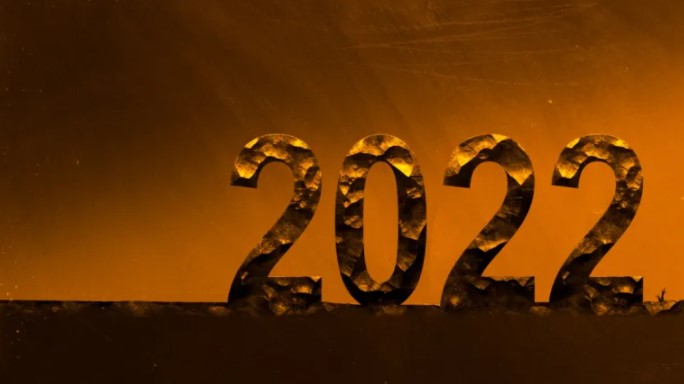 Lark Davis, a crypto investor and analyst, reveals his 8 predictions for the most shocking Bitcoin and altcoin projects for 2022.

“Spot Bitcoin ETF to be approved”

A country with more than 50% of the total value in global markets is only in the US markets. We’ve already seen great success with Spot Bitcoin ETFs because it’s Canadian here. Only 2% of global equity markets already do this spectacularly.

According to the analyst, there is a huge demand for it and this ETF shows it. Therefore, the analyst states that when an ETF comes to the US markets, the tide that may enter the markets will unleash a wave of money.

Then Lark Davis believes a major Federal Reserve will add Bitcoin to their balance sheet. We have seen that many countries and regions in the world such as Iran, Venezuela, El Salvador, France, Russia accept Bitcoin as a payment method. We may see a long-term super crypto-friendly country, but in 2022 we will see a major central bank doing just that. The analyst says:

According to the analyst, the next countries to accept Bitcoin are Ukraine, which is crypto-friendly. Panama is still a kind of slave to the US dollar, they can break these chains and get Bitcoin on board. Fooled by these remittance companies, Tonga will be another great candidate for Bitcoin and will make Bitcoin accepted.

The next prediction is about Ethereum. According to the analyst, Ethereum will drop below 50% of the total locked value (TVL) on the blockchain. TVL actually grew by the total number. However, its market share dropped to 66%. The analyst comments:

All these overwhelming fees are seeing users flock to Binance Smart Chain. They go to Solana, Avalanche or Polygon. We’re also seeing tier 2 adoption for Ethereum, but 2022 is the year Ethereum locks in on market dominance in terms of DeFi overall value.

The analyst states that the total value locked in the leading altcoin may continue to grow. According to the analyst, they will grow faster than other blockchains because they are more attractive to new users who cannot afford to pay silly amounts or who no longer want to pay silly fees.

According to the analyst, the altcoin will win its lawsuit against the SEC. The SEC was basically a big schoolyard bully at this point. SCC engaged regular investors. Traders cannot invest in token sales, receive airdrops, or make certain types of trades. There is all sorts of uncertainty about even the altcoin project being listed on exchanges.

Gary of Goldman, head of the SEC, came out and said that the vast majority of tokens listed on exchanges are likely securities. According to the analyst, if Ripple wins this case, it will set a great precedent and narrow the schoolyard to the SEC. The analyst thinks Ripple will be a net positive for the industry. But if the SEC wins, it gives them a precedent so they can go after a wide variety of other tokens.

The next guess is about Facebook. According to the analyst, Facebook is a great candidate because it has $60 billion in cash and of course suffers from the same inflation. Everyone’s dollars are suffering, but your 60 billion dollars are inflated. The analyst estimates:

Facebook enables Bitcoin in the Novi app, so the Facebook Novi app can allow stable crypto transfers within the US. They are moving to the Metaverse and are already doing crypto transfers. It’s only a matter of time before we see Facebook get a billion or two billion in cash.

The next guess is cat meme coins. According to the analyst, Cat Meme coins will surpass dog average coins. The analyst states that every dog ​​has a day, Shiba, Doge, Floki Inu cryptocurrencies are up, and he says:

At this point, it’s time to shake off some old-fashioned cat meme coins. These will continue to be popular in 2022.

“Bitcoin and altcoin market will be 10 trillion dollars”

According to the analyst, the combined market cap of all cryptocurrencies will exceed $10 trillion in 2022. “We are at the beginning of a bear market for the past week or so,” the analyst says, adding that we are not in a bear market, but are in the consolidation accumulation phase within our broader market structure. In November, we saw the entire cryptocurrency market reach almost three trillion dollars in total cryptocurrencies. That comes to 10 trillion at just 3.3 times the all-time high market cap.