US-based electric vehicle start-up, Bollinger Motors, introduced the truck design it built on its new chassis, which it defined as the world’s first and only 3rd class electric vehicle platform. Offering two or four-door cabs and various wheelbase lengths, the vehicle can be adapted to your needs.

In a news we shared in March, we shared with you that the US-based start-up company Bollinger Motors, known for its extraordinarily durable electric SUVs and vans, introduced its new 3rd class electric vehicle platform. The Michigan-based company has unveiled its truck design called B2, which is now built on the new chassis model, which is defined as the world’s first and only 3rd class electric vehicle platform.

Almost every truck manufacturer, including Ford, Chevy and Dodge, offers a chassis cab version that can adapt their trucks to the customer’s needs. The architecture designed by Bollinger Motors has the same approach but offers much more impressive features compared to its competitors.

Bollinger Motors’s electric van can be customized as needed
Bollinger’s new chassis will be close to the size of the Ford F-350 heavy-duty van. Depending on the need, it will come with a two-door or four-door cabin version. B2’s squint cabin; It has a large empty space that can be transformed into many forms, including ambulance, police car, tow truck and crane.

B2, which can be designed to adapt to different wheelbase, has two cabin versions, two-door or four-door.
Bollinger says that the electric pick-up can be used comfortably in dozens of areas such as municipalities, parking services, emergency response vehicles, airports, construction, landscaping, security.

The vehicle offers a carrying capacity of 5,000 kilograms
The vehicle chassis, which can accommodate 120 kWh and 180 kWh battery packs, has a carrying capacity of 5,000 kilograms, electronic traction control, electronic stability control, power steering, an integrated thermal management system and independent front-rear suspension system. B2 will also have a 10 kW internal charger and inverter for power tools.

The vehicle, which produces 614 horsepower, has a driving range of 322 kilometers.
Bollinger states that B2, which can be designed to adapt to different wheelbase, will be equipped with two electric motors that produce 614 horsepower and 906 Nm of torque. The vehicle, which has been announced to offer a minimum driving range of 322 kilometers on a single charge, seems quite ambitious to its rivals such as Tesla Cybertruck and Rivian R1T.

B2, which will be built on the world’s first and only 3rd class electric vehicle architecture, will meet its customers in 2021. The company announced that prices and other information will be shared in the coming months. 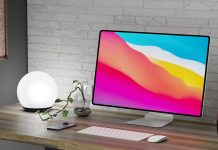