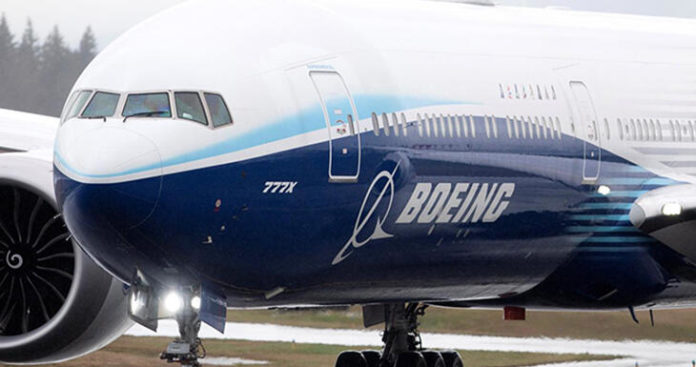 The advanced version of Boeing’s highly anticipated and successful 777 model, 777X successfully made its first flight last day. The flight was made after three days of delay.

Boeing, which we have talked about a lot recently due to 737 MAX, successfully performed the test flight of its new commercial aircraft yesterday. The commercial airplane we talked about was none other than Boeing’s long-awaited and closely followed model 777X.

The Boeing 777X made its first take off:
On January 25, Boeing’s production facilities in Everett, Washington, were finally favorable. The test flight of the plane was successfully carried out. The plane flew a few hours after its departure in Everett, landing at the other Boeing center in Seattle.

Boeing’s new aircraft, the 777X, will spend 12% less fuel than other models. In addition, the operating cost of the aircraft will be 10% less than other aircraft. Thanks to the foldable wing tips on the wings of the Boeing 777X, fuel economy is maximized.

According to the statement from Boeing, the sales figure of 777X has reached 309 now. The market value of the 309 Boeing 777X is around $ 442 million. The company is preparing to enter into a fierce competition with Airbus’ new plane A350 – 1000, which can carry 360 passengers in the past days.

One of the parts that make the Boeing 777X the most special is the aircraft’s engine. The aircraft is powered by two General Electric GE9X. This aircraft engine that Boeing will start using has been tested on the Boeing 747 model before. This engine to be found on the plane is almost as big as a 737 body.