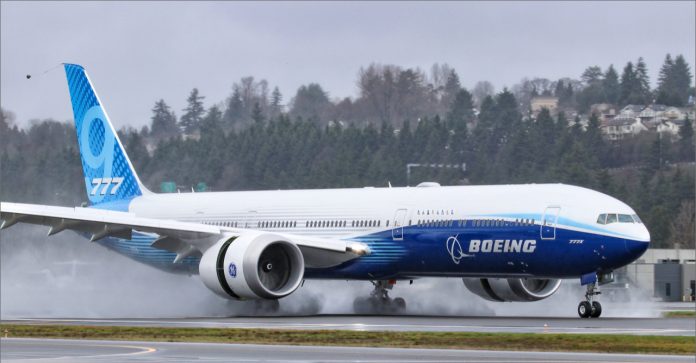 Boeing wants its aircraft to fly on sustainable fuels in the next decade. The manufacturer has pledged to make flights more environmentally friendly by using its planes by 2030.

It announced its commitment to ensure that Boeing aircraft can fly on 100 percent sustainable fuels by 2030. The aviation giant considers sustainable fuels to be “the safest and most measurable solution to reduce carbon emissions in aviation in the coming years”. At the same time, the company thinks that the aviation industry must take steps to reach its target of reducing carbon emissions by 2050.

In addition, sustainable aviation fuels, among other resources, are made from vegetable oils, animal fats, various agricultural and forestry waste and non-recyclable household waste.

In addition, the manufacturer company stated in its statement that it successfully performed test flights using 100 percent sustainable fuel in the past. In particular, a FedEx 777 Freighter became the first aircraft to fly without a conventional fuel mix in 2018 under the Boeing ecoDemonstrator program.

However, currently regulations state that aircraft can only use a 50/50 mix of conventional jet and sustainable fuel. Boeing, on the other hand, will still have to work with regulatory authorities to show that it is safe to raise this limit.

“With a long history of innovation in sustainable aviation fuels, the certification of our aircraft family to fly on 100 percent sustainable fuels significantly advances Boeing’s deep commitment to innovating and working to make the world better. Sustainable aviation fuels are proven, used every day, and have the most urgent and greatest potential to reduce carbon emissions in the near and long term when we work together as an industry. ”

The US aviation giant remained off the agenda for a long time due to two 737 Max accidents that killed 346 people. He was accused of defrauding the US and reached an agreement by paying $ 2.5 billion to the Justice Department. However, despite all these negativities, Boeing continues its works without slowing down in order to dominate the sector.