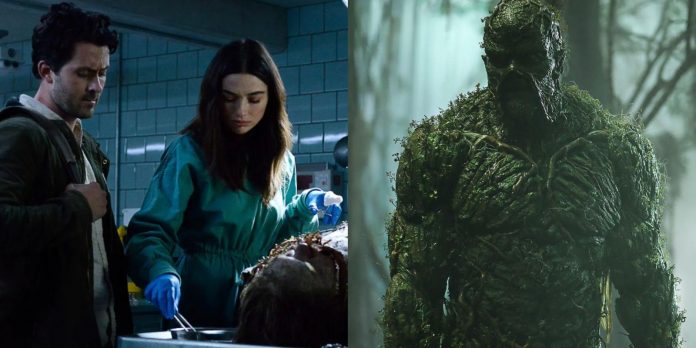 Before HBO Max became a streaming platform like it is today, there was a short-lived DC Universe. The platform promised fans of comics a catalog of DC Comics, movies and TV shows. “Titans,” “Doom Patrol,” “Stargirl” and “Swamp Thing” debuted in the DC universe before getting new homes on HBO Max or the CW. However, “Swamp Thing” did not go beyond the original order of episodes to find a home on another platform. Although the series originally had 13 episodes, DC Universe reduced them to 10, and then completely canceled the series.

However, thanks to deals with other streaming services and the CW channel, fans around the world can now watch Swamp Thing. The CW brought edited versions of the episodes to the screen after the cancellation, and also made the series available on its streaming app. The series draws inspiration from various issues of DC comics, but its short first season is really a love letter to horror, in particular, to body horror.

What is body horror?

When many moviegoers think about horror, they think about suspense and fear of slashers, made famous by Halloween and Friday the 13th. However, horror as a genre has many subgenres. Slasher films cover only one aspect of the genre.

Body horror uses the human body to make viewers feel uncomfortable. The body itself and its transformations (or handling) are used to create uncertainty, anxiety and the need to close your eyes. It’s not that the killer is brandishing a knife or jumping out of a dark corner. Most often, this is created by placing the human body in an unnatural position or allowing some external force to completely transform the human body, as in the “Fly”, or by demonstrating a massive swamp human being, such as a Swamp Creature.

The swamp thing has always dabbled in horrors

Many comic book fans probably know Swamp Thing more because of its camp than from the horror elements, if they are at all familiar with some of its classic stories. However, the antihero has always had its roots in horror. A swamp Creature, a human transformed by the power of the environment known as Green, turns out to be an unrecognizable monster who often can’t even remember his human life. He spends his time in the darkness of the swamp, protecting the environment as well as innocent people. The character debuted in the 1971 comic book House Of Secrets. However, Alan Moore’s work for the DC Vertigo imprint, The Saga Of Swamp Thing, published a decade later, is often considered to have terrified the character.

Viewers of “Swamp Creature” are immediately thrown into the elements of the body horror series. In the very first episode of the series, the show kills the characters, while Abby Arcane (Crystal Reed) witnesses creepers apparently reviving a dead body before fast-growing plant life actually destroys it right before her eyes. Most of the body horror in the series is born out of the fact that the Greens are fighting those who will harm the swamp, using vines, branches and even mud to punish people.

Lost Judgment Could Be The Last Game in The Series Because...