Home Entertainment Bobby Kotick Will Leave Activision Blizzard in 2023, According To The Wall... 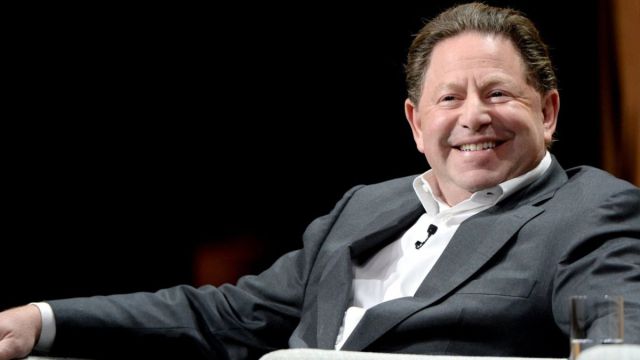 Bobby Kotick will step down as CEO of Activision Blizzard once the Microsoft purchase is complete, according to the newspaper’s sources. Bobby Kotick’s days as CEO of Activision Blizzard are numbered, according to information from The Wall Street Journal. The newspaper shares that the manager will say goodbye to his role after the completion of the acquisition by Microsoft, that is, during the fiscal year of 2023. His sources assure that the agreement is closed between the two companies.

The news about the purchase jumped in the early afternoon of this January 18. During the details that have been shared, the figure of Kotick was obvious. In a press release we could read that “Bobby Kotick will continue to be the CEO of Activision Blizzard, and he and his team will continue to focus on driving efforts to further strengthen the company’s culture and accelerate business growth.”

Once the agreement is closed, the entire Activision Blizzard business area will report their news to Phil Spencer, recently promoted as CEO of Microsoft Gaming. After the commotion generated around Kotick in the last throes of 2021, more than 1,300 company employees called for his immediate departure. If The Wall Street Journal’s information is correct, he has months left in the job.

70,000 million for Activision Blizzard: the new purchase of Microsoft

We are still in January and we already have the first bombshell of the year. Microsoft has confirmed the purchase of Activision Blizzard for 70,000 million dollars. The American giant will be under the Redmond mantle once the transaction is completed; in the meantime they will operate independently.

The purchase is a luxury reinforcement for the Xbox catalog. Brands like Call of Duty, Diablo, Warcraft, Crash and Spyro will become part of its portfolio. In fact, Xbox Game Pass will be reinforced with those titles published and that will be published over the years.

How to Play Fortnite on Chromebook

Natalie Portman’s Son Wants Her to Do More Marvel Movies After...