Home Entertainment Bobby Kotick Hints That He Will Resign If He Fails To Change... 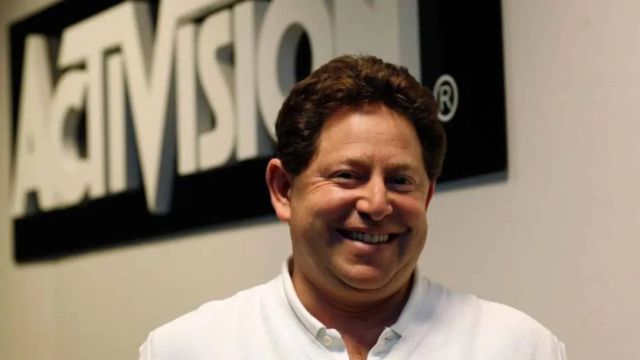 Bobby Kotick: Fires have been lit everywhere for the executive after The Wall Street Journal implicated him in sexual harassment cases. To this day, Bobby Kotick remains the CEO of Activision Blizzard. And he continues in the position despite the piece published in The Wall Street Journal, which not only reveals that the manager knew what was happening within the company, but also accused him of covering up and carrying out acts of harassment . Now, the same newspaper collects information in which Kotick refers for the first time to the possibility of resigning … but only if he does not manage to redirect the current situation in a certain time.

The newspaper claims that Bobby Kotick met with top executives last Friday. “Mr. Kotick, who has led Activision for three decades, did not say that he would resign in last Friday’s meeting with executives of the Blizzard Entertainment company division, but he did leave open the possibility of resigning if the cases” of harassment in the company “they are not fixed quickly.”

Sources from the same newspaper also point out that some Activision executives warned him in another meeting that took place that same Friday that certain employees will not be satisfied until he resigns. “Mr. Kotick confessed that he was ashamed of some incidents that had happened under his command and he apologized for how he had handled the problems.”

Activision Blizzard CEO Bobby Kotick has told colleagues he would consider leaving the company if he can’t quickly fix its culture problems, people familiar with the discussions say https://t.co/acceDVKKKy

Activision Blizzard, in the spotlight

Last week more than 1,300 Activision Blizzard employees called for Bobby Kotick’s resignation. In their letter they expressed their loss of confidence in the manager, since the information “that has come to light about his behavior and management practices” from all the company’s divisions “goes against culture and integrity. ”That requires a position of such responsibility. In addition, a group of minority shareholders also expressed their wish that Kotick’s term ends here and now.

Since Activision Blizzard was denounced by the state of California, the company has announced changes to its internal processes and a “zero tolerance” policy. However, a few months after Blizzard president was replaced, Jen Oneal, named co-head of the study, resigned, among other reasons, because she earned less than her male counterpart.

ARMY Makes Visible The HARASSMENT They Receive For Being BTS Fans