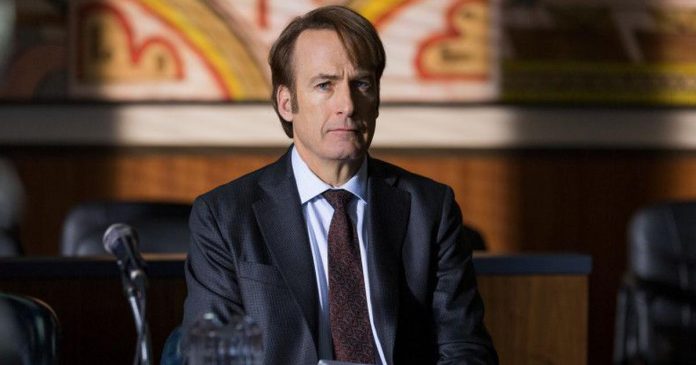 Actor Bob Odenkirk reached greater heights in his spinoff, garnering widespread praise for his level of performance as an anti-hero lawyer, recognized awards, and a strong fan base for Better Call Saul. For that reason, he sought to pay tribute to the program.

In 2018, prior to season four, Odenkirk attended the Television Critics Association press tour, where he spoke about the show. But, he surprised all the viewers by showing the tattoo that he got in honor of the show.

Odenkirk took the fandom to a new level when he got a Better Call Saul-themed tattoo engraved on his body. Specifically on his buttocks.

“I wanted to show you guys something. This is exciting to me. I’m sorry. I got a tattoo, ”said Odenkirk, pulling down his pants to reveal the tattoo.

“All my life, I try to think, like, what do I care enough to have it, like, eternally marked on my ass? And so I finally had something. ”

But, during another interview later on The Tonight Show, the actor mentioned that the tattoo should be only temporary, but that it was a mistake and so he stayed.

Bryan Cranston’s co-star Aaron Paul, who starred on the show as Jesse Pinkman, also got a tattoo in honor of Breaking Bad. His tattoo says “No Half Measures”, which is also the name of an episode from the third season

Bad Bunny confesses what this quarantine misses the most