Home Entertainment Bob Iger Welcomes Himself Back to Disney in a Holiday Post and... 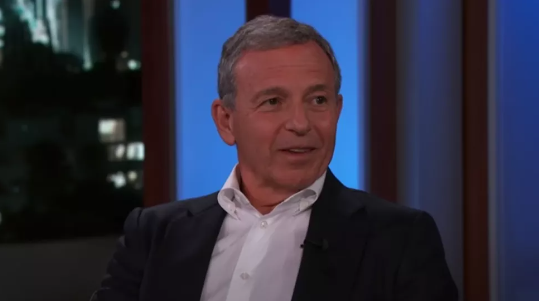 This is the beginning of Bob Iger’s second week as CEO of the Walt Disney Company, and although the first week was notable due to the steps taken, namely the dismissal of some senior executives close to former CEO Bob Chapek, it looks like the second week will be notable for what will not happen. Namely, don’t expect Disney to make any major acquisitions or merge with Apple.

Bob Iger’s tenure as CEO for the first time was associated with an acquisition: Disney acquired Pixar, Marvel, Lucasfilm and 21st Century Fox all the time Iger was working, and given the difficult financial situation in which Disney was at the time Iger came, many thought that another acquisition could to be in the future. In particular, there were rumors about a possible merger with Apple.

Bob Iger and former Apple CEO Steve Jobs were both professional acquaintances and personal friends, and in a recent book by Iger, he suggested that if Jobs had remained healthy and led Apple, the merger between the companies could have happened many years ago. However, during a meeting with Disney employees today (via Deadline), Iger refuted the idea that any major acquisition or merger of companies is on the agenda, calling any claims to this effect “pure speculation.”

Iger said the hiring moratorium that Bob Chapek imposed shortly before he left is still in effect. At least for the moment. It is unclear whether the layoffs that Chapek was talking about are being discussed. Although technically Iger got the CEO position a week ago Sunday night, he reportedly called today his “first day” and tweeted the Walt Disney Studios building in a festive spirit, celebrating his return.

Another question that arose during the meeting with the mayor’s office, to which Iger did not directly answer, concerned the ongoing battle with the state of Florida. Iger stated that “inclusion, acceptance and tolerance” were the foundation of Disney’s narrative, but otherwise he did not step into a political minefield.

The Reedy Creek Improvement District, which controls the area covering Walt Disney World, is still due to be dissolved next year. The move was made by Florida after CEO Bob Chapek publicly stated his opposition to the state’s bill, colloquially known as “Don’t Say gay.” ”The move of Walt Disney Imagineering, which has been significantly delayed due to the political storm, is still planned for now, although Iger reportedly said he was looking into the matter when asked.

At the moment, it is assumed that there will be some significant changes in the direction of The Walt Disney Company. This is the point of changing the CEO. But what will happen and when it will happen is still a big question.